24-year-old ace could be an ingenious signing for Celtic 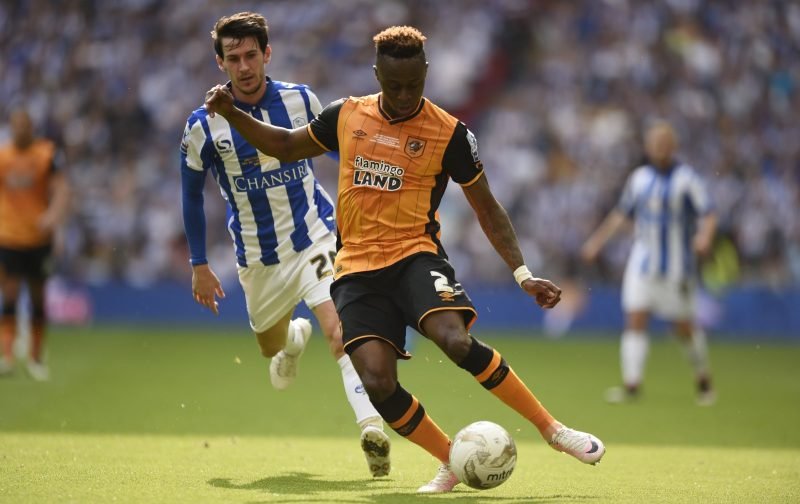 In comparison to their divisional, and most fierce rivals, Rangers, Celtic have been comparatively quiet in the transfer window. Naturally, given their dominance in the Scottish Premiership, the Bhoys are in no rush to sign new players. However, it’s important that they consolidate their status as the best team in Scotland, and the potential arrival of Moses Odubajo could help Celtic achieve their goal.

According to the Sun, Celtic have held discussions with Moses Odubajo over a potential move to Celtic Park. The 24-year-old is a free agent following the expiration of his Hull City contract, and the defender has been absent for the past two seasons following a severe knee injury.

With this in mind, it’s evident that his prospective arrival carries a risk. There’s no certainty that the English defender can revive his best form, but Brendan Rodgers is in the market for a right-back, and considering he’s available on a free transfer, it could prove to be an astute signing for the Scottish champions.

Despite being a defender, Odubajo is regarded for his attacking potency; he has scored 22 career goals – 12 of which were scored in a single season. He is also exceedingly versatile; he can play as a right-midfielder which would provide Celtic with priceless depth.

Moreover, he flaunts great qualities such as his superb passing ability and his refined dribbling skills. He’s also extremely proficient when accomplishing his defensive duties, he is a tremendous tackler of the ball, and he reads the game expertly with his triumphant intercepting skills. He does need to improve his ability to compete in the air, but if Celtic can nurture his talent and his confidence, they’ll have an excellent player on their books.

What are your thoughts? Do you agree? Let us know!