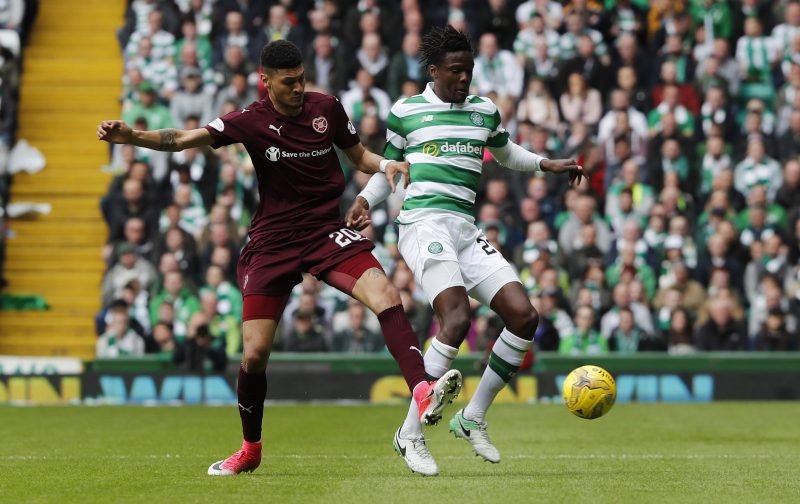 La Liga side Sevilla are interested in signing Celtic defender Dedryck Boyata this summer, potentially allowing the club to still cash in on a player that has made it clear he wants to leave.

Reports in Scotland, from The Daily Record and in Spain, from AS, both claim that the Spanish outfit are interested in his transfer.

AS claim that Sevilla will be looking to bring the price down from Celtic’s £10m valuation as much as possible, knowing that the player both wants the move and that he is in the last year of his contract.

Celtic though will be well aware that they are on the hunt for a new defender and have spending power, having sold French centre-back Clement Lenglet to Barcelona for £35m in July.

The Record say that it’s this move that has sparked Sevilla’s interest in Boyata, despite also signing Joris Gnagnon and Sergi Gomez this summer.

Celtic had previously rejected an offer for the player from Fulham last week.

After the antics of Boyata’s agent in recent days though, Celtic may find it tough to hold out for the best possible money, with the possibility of the Belgian leaving on the cheap now a distinct possibility.

Brendan Rodgers confirmed this weekend that the player’s representative turned up at Lennoxtown on Friday demanding talks with the manager before disappearing.

The defender appears to have ruled himself out of Hoops action, leaving the club with only one option – show him the door as soon as possible.

Is it possible to get value out of his transfer?

What’s the lowest offer you would accept for Dedryck Boyata? Let us know in the comments below…