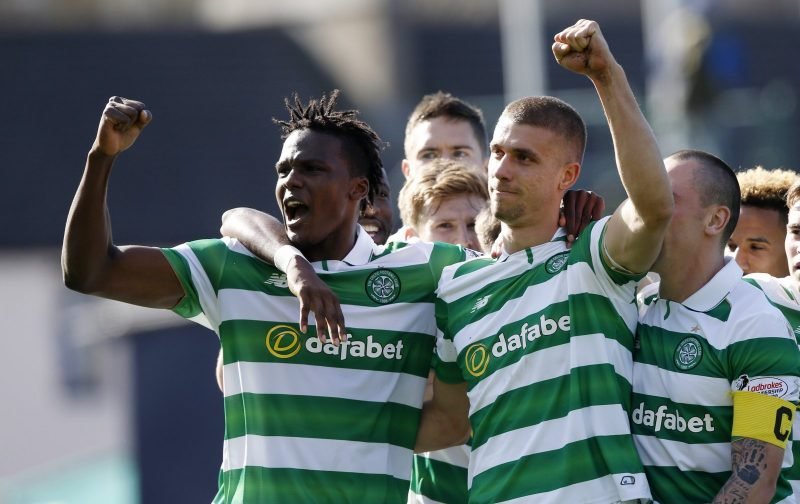 As reported by The Daily Mail, Ligue 1 side Lille are set to launch a £5m bid for Celtic defender Jozo Simunovic during this transfer window.

They say that Simunovic tops the club’s list of summer transfer targets as they look to improve on their 17th placed finish in the French top-flight last season.

Narrowly avoiding a relegation play-off by a single point, they now have money to spend to support manager Christophe Galtier, according to the paper.

Simunovic has had something of a roller-coaster couple of seasons at Celtic.

Initially set to leave the Hoops for Torino when Brendan Rodgers arrived at the club in 2016, he then emerged as the club’s outstanding central defensive talent in the ‘Invincibles’ season, winning plaudits and becoming a cult hero with supporters.

Last term was less successful on a personal basis for the defender, eventually falling down the pecking order with players like Dedryck Boyata, Kristoffer Ajer and Jack Hendry preferred by Rodgers by the time the season ended. He made just one start after being sent off in March’s 3-2 win at Ibrox.

Still, the fact a team from one of Europe’s top leagues values him at £5m is significant. Especially on the heels of reports from Italy that there is £7m interest from Lazio in Dedryck Boyata.

For all the criticism that the Celtic defence gets, from supporters more than anyone, it’s clear that the club have a stable of valuable defensive talent on hand ahead of the new season and selling these assets isn’t something they should be rushing into without replacements.

That depth of talent will be crucial in a long European qualifying campaign and although the ultimate long-term goal is to improve defensively in Europe, something that could require recruitment, it could be a case of ‘be careful what you wish for’ if talents like Simunovic and Boyata do leave the club in a hurry.

Should Celtic sell Jozo Simunovic for the reported £5m fee? Have your say in our poll below…