60-goal Celtic star could be set for cheap summer exit 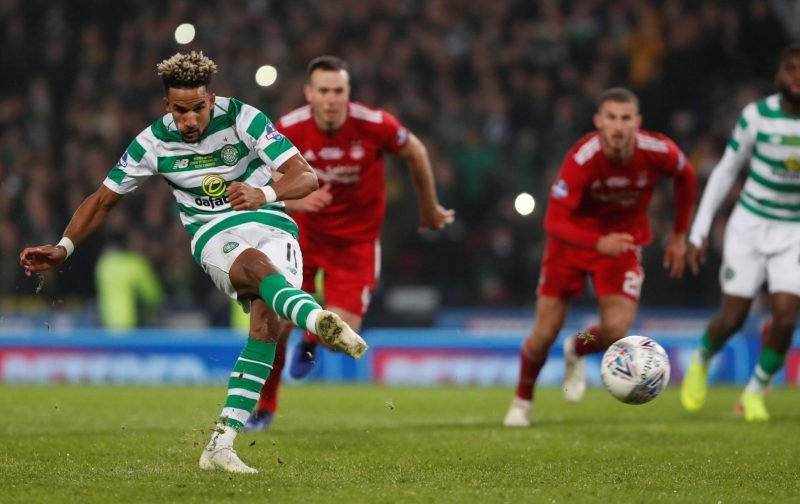 Celtic star Scott Sinclair is a summer transfer target for English Championship side Middlesbrough, as reported by The Scottish Sun.

The paper say that the play-off hopefuls are keen on landing the winger next season regardless of whether they gain promotion to the Premier League or not.

It’s said he could cost as little as £2m due to the fact he has just a year left on his current deal at Celtic Park.

Sinclair has been a big success at Celtic Park over the last few years, scoring 60 goals and assisting 34 more in 156 appearances.

This season he’s been key again, despite criticism, scoring 17 goals across the campaign.

Taking that kind of direct goal threat out of the team needs to be carefully considered, but since this is likely the only transfer window we could get a decent fee for him then his potential exit does make sense.

With Daniel Arzani hopefully returning to full fitness, Maryan Shved arriving at the club and Mikey Johnston continuing to develop then we won’t be short of options on the flanks next term in support of the exceptional James Forrest.

If Sinclair does go though then dipping back into the transfer market for a goal hungry player would be prudent.

Is it time for Scott Sinclair to leave Celtic Park? Have your say in the comments below…