£7.2m-rated Celtic target takes matters into his own hands with transfer request 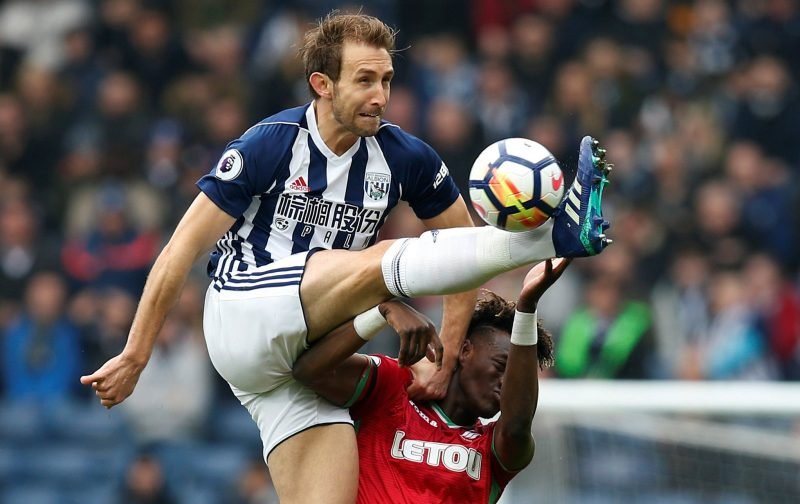 Reported Celtic transfer target Craig Dawson is not training with the West Bromwich Albion first team after handing in a transfer request this summer.

The Mirror report that the Hoops are one of the players interested in signing him, alongside English Premier League outfit Leicester City.

Baggies boss Darren Moore has tried to play down his absence, suggesting he is injured, but the paper reckon that he has been excluded from training for weeks. They say he is seeking a transfer away from the club after they were relegated to the English Championship.

Celtic were linked with the player way back in May, although nothing came of the report, which suggested that it would require a fee of £15m to land the versatile Englishman, which is clearly ridiculous from our perspective.

If it’s true he is agitating for a move away though, he could come into Celtic’s price range.

We’ve shown already this summer we aren’t afraid of a large transfer fee when necessary and a defender has to be seen as the club’s top priority heading into the last few weeks of the transfer window.

Rated at a more realistic £7.2m by Transfermarkt, Dawson has plenty of experience at 28 years old. He’s made over 150 appearances in the English Premier League, with spells in League Two, League One and the Championship too.

A player who is as comfortable playing in the middle of the defence as he is on the right hand side, he could be a signing that kills two birds with one stone for the Hoops and provide competition for Mikael Lustig as well as players like Dedryck Boyata and Kristoffer Ajer.

Ultimately we could be priced out of a move for him, but it’s worth keeping an eye on at least.

Do you think Celtic should try to sign Craig Dawson? Let us know in the comments…