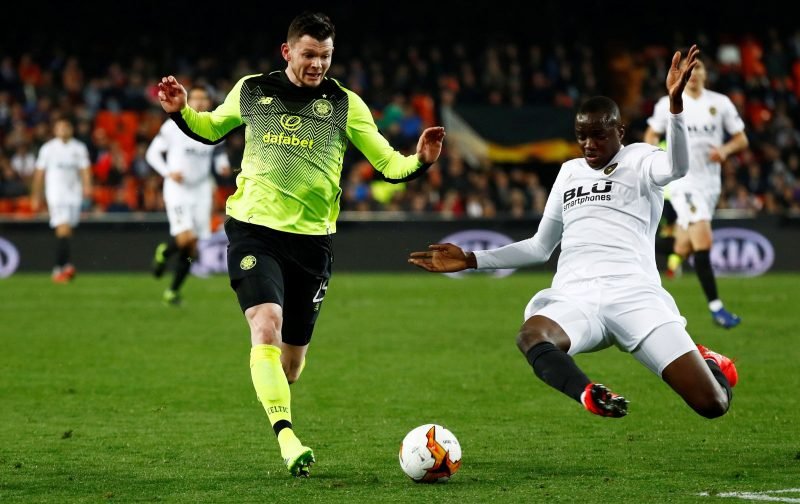 Forward Oliver Burke is desperate to sign for Celtic this summer after his current loan from West Bromwich Albion ends, as reported by The Scottish Sun.

The Scotland international started his spell at Celtic Park superbly when Brendan Rodgers was still manager, scoring four goals and creating three assists, but has since fallen out of favour.

Neil Lennon’s arrival has a resulted in a resurgence for Odsonne Edouard, whose class and composure was on display during today’s epic derby win over Rangers.

Burke though is happy with his progress and development and seems keen on a return to Glasgow next season.

If it was down to myself, I would snatch it right up.

I think it’s an amazing club and I’m very happy here and enjoying my football, so why wouldn’t I want to stay here?

But right now, like I said, it’s totally out of my hands. We just have to see at the end of the season what comes of it.

He simply couldn’t be making his intentions much clearer right now, although as he has mentioned there are a number of stumbling blocks before he is again unveiled as a Hoops signing.

The major one is his current valuation, with Transfermarkt rating him at £9m and West Brom probably wanting every bit of that considering the fee they paid RB Leipzig for his signature.

Whether they would even be willing to let him go is another issue too. His loan has always been designed as a way of getting him happy, confident and playing well for the English Championship side.

We’ll have to wait and see how this one plays out.

Would you like to see Oliver Burke arrive at Celtic this summer? Have your say below…