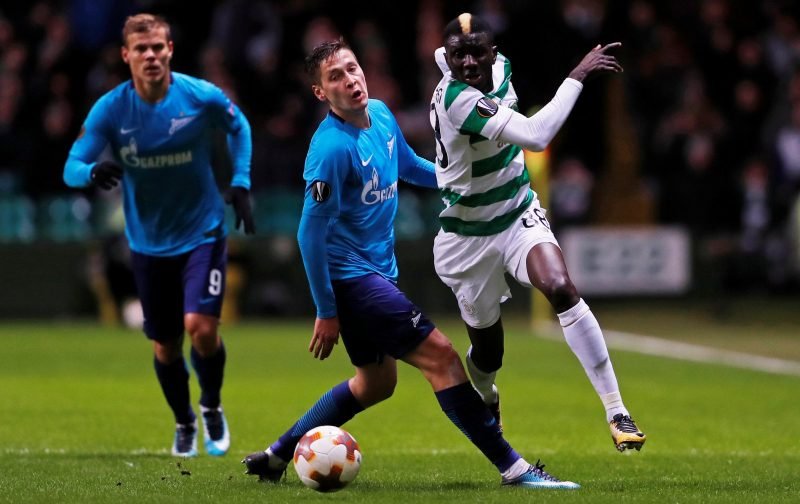 Celtic ended a frustrating week for the club on and off the field with a defeat away to Hearts at Tynecastle on Saturday.

Losing the game 1-0 thanks to a Kyle Lafferty strike, the Hoops were far from their best and failed to cope with the challenge of the home side.

Brendan Rodgers opted to make a number of changes for the clash, resting some key stars ahead of Tuesday night’s massive fixture away to AEK Athens in UEFA Champions League qualifying.

One player that came into the side was Eboue Kouassi who, prior to Saturday, had made just nine starts for the club since arriving in January 2017.

He was largely ineffective throughout his time on the pitch, both offensively and defensively, overpowered by a buoyant and physical Hearts midfield before eventually being substituted off with 20 minutes to go.

Some fans are now struggling to see what he can offer Celtic going forward, believing his arrival to be a major transfer error.

Kouassi, Hendry and Simunovic. Punt all 3. Nowhere near good enough.

Kouassi and hayes arent good enough for this celtic team, need to let go of them and bring in much better qaulity!!!!

I am sorry but Kouassi looks like a serious mistake, i have yet to see him do anything whenever he has been given a chance.

Can we all agree that Kouassi isn't the successor to Broony?

Kouassi is a dreadful attempt at a footballer.

Never one to line up scapegoats.

Majority of team were terrible today. No quality in possession but more worryingly, little fight.

However, Hendry and Kouassi were the poorest and I could’ve predicted that.

Neither are good enough. Neither should get another chance.

Do you think Eboue Kouassi has a future in the Celtic first-team? Have your say in our poll below…