A terrible European performance and result. Celtic twitter reacts, and it’s not pretty 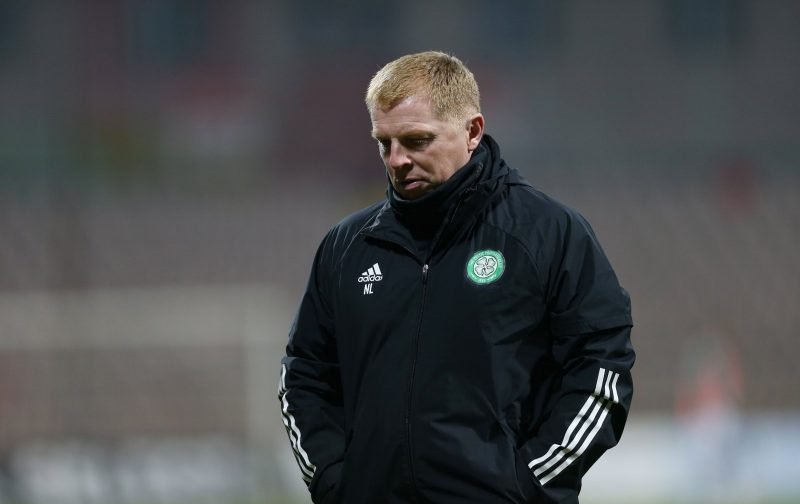 As the dust settles on last nights embarrassing Europa League Matchday 3 defeat to Sparta Prague, many wonder where does the team and the manager go from here? Generally after such a defeat, the managers after match reaction gives you hope that things can be turned around.  Lennon faced the media to answer their questions and what he said did not fill the Celtic fans with confidence.

In fact, judging by the reaction on Celtic Twitter last night, Celtic fans have almost had enough of the Hoops boss. The following tweets are from Celtics official twitter thread:

“I don’t know where this performance came from”. NEIL LAD, HAVE YOU NOT WATCHED US ALL SEASON MATE?????

Sharing these nonsensical rambling’s after that horror show instead of marching in the shower and geeing him his jotters is a bitta a brass neck? Naw?

He needs to change the culture in thw dressing room, seriously did he just say that?

The words of a man desperate to keep his job. Lying to himself and blaming all round about him. In anything in life, first place to look is inwards, if you blame everything but yourself you can't improve

As part of the Lennon out club from day 1 this season, I'd like to say it's not personal, I actually have alot of time for him but just not as our manager. But I did tell you this would happen if we stuck with him to long.

You can’t comment on anyone’s body language Lenny ffs. You sit motionless for the majority of the game watching these performances.

Normally whenever this type of article is written there is some semblance of support for the manager  thru the criticism.  Unfortunately, at this time, there was very little.

Celtic fans seem to be losing patience with the Celtic gaffer.  This is a season like no other and the Celtic fans are desperate to see that final title in the 10 won, and won convincingly. The recent run of of form, barring the Aberdeen result last Sunday,  does not fill the Hoops fans with confidence and many are starting to believe that the title could be on it’s way out of Paradise if the current spate of poor form and results continue.

Celtic can ill afford another poor performance with the game against Motherwell looming this Sunday, anymore dropped points will put the managers position under serious scrutiny.

The Celtic fans will be hoping that this slump comes to end and quickly, or their quest for 10 in a row will be over.