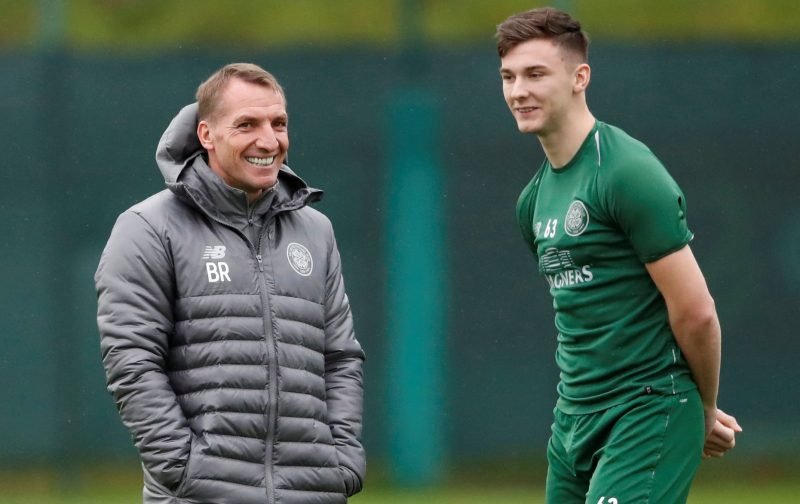 It’s not been a good Tuesday at all for our club and it seems as though it’s going to be one that provides plenty of worrying stories.

Brendan Rodgers and all that has gone on has been well covered now, but it looks as though another key exit could be possible – later on in the summer.

Indeed, in a worrying story from the Scottish Sun, Arsenal are apparently planning a £25m raid on the Bhoys for Kieran Tierney.

The young left-back has only just come back into the side after a long injury but his quality is undeniable and it certainly seems as though he is going to attract interest in the future.

Perhaps, though, now is not the best time to be getting this story as it would be far worse losing him rather than Rodgers.

Managers come and go, players of Tierney’s ilk do not and to have this story now is certainly far from ideal timing.