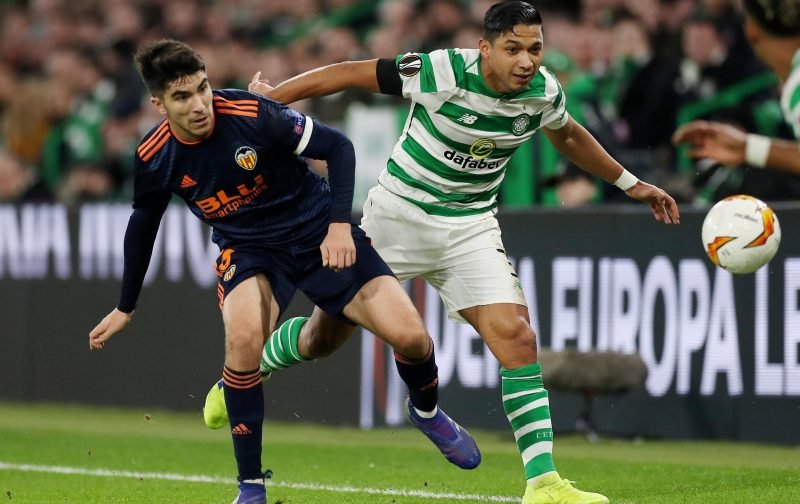 The player himself has been quoted by The Scottish Sun claiming that the Hoops have tabled a one year deal for the defender, though he has yet to commit his future to the club, preferring to wait on potential offers from Major League Soccer.

The Honduran international has made 19 appearances this season, with first-choice left-back Kieran Tierney struggling with fitness and injury problems.

The 32-year-old has been less than convincing though, with many feeling we need a better quality of full-back as back-up to the impressive Tierney.

Izaguirre has had a long and successful career at the club but perhaps isn’t quite at the standard expected from Celtic players in 2019.

Heads need to roll if Emilio Izaguirre is given a new contract.

Izzy is basically rubbish.
Wouldn't have him anywhere near the first team squad never mind a starting 11.
If he's offered a new contract then we are in trouble.

Lennon giving Izaguirre a years extension and trying to get Hooper back is just absolutely shambolic stuff. You really hate to see it. What’s next, Lassad on a 4 year deal?

I’m praying this is all a tactical reuse from some special one type of mastermind to throw other clubs off the scent of the real star signings we are after.

It's the fact he's been offered one at all that I'm shocked at. Ridiculous.

I’d prefer he moved to the MLS as well. https://t.co/XIcPEdUi0Z

Whoever's idea it was to offer Izaguirre a new contract has explaining to do. Time for fresh new blood.

Do you think Emilio Izaguirre should be offered a new contract at Celtic? Have your say in the comments below…