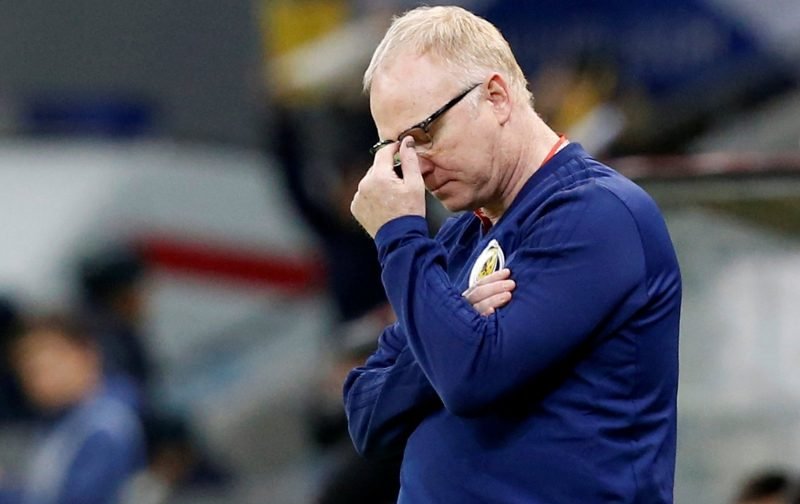 Out of all the stories I have read over the course of the week regarding the Celtic/Dubai trip and why defender, Christopher Jullien, was taken on the Dubai trip when he is out for three months, Alex McLeish’s take, in what I can only describe as a ramble, is absolutely hilarious. Not funny hilarious but one of those hilariously ridiculous “opinion” pieces that is so full of speculation and will theories I genuinely wonder how it was made into an article.

Speaking to Football Insider, McLeish said, “I was having this conversation with some pals and he came up with the reasoning that they may have taken every physio with them as well and they didn’t have anybody who was qualified enough to look after him while they went to Dubai.

“Whether they could have changed that and said: ‘Well, we’re gonna leave one of the experts with him to chaperone on,’ I don’t know the particulars of the kind of deal it was.

“Maybe Celtic wanted the team spirit to be up and running and therefore keep everybody involved.

“Maybe Jullien was consulted himself and told: ‘We’re not bringing you,’ and maybe he threw a strop and said: ‘Well I want to come.’ Who knows?

“One of my buddies saying that, I’m thinking no, I don’t agree with that, I’m sure Celtic would have left him back with somebody if they felt that was the route they should have taken.”

Have you ever heard such unsubstantiated nonsense in your life?  It’s the type of conversation normal working guys have when having a pint with their mates. But the ex-Scotland manager being allowed to spout such wild theories without any foundation is ridiculous bordering on ludicrous.