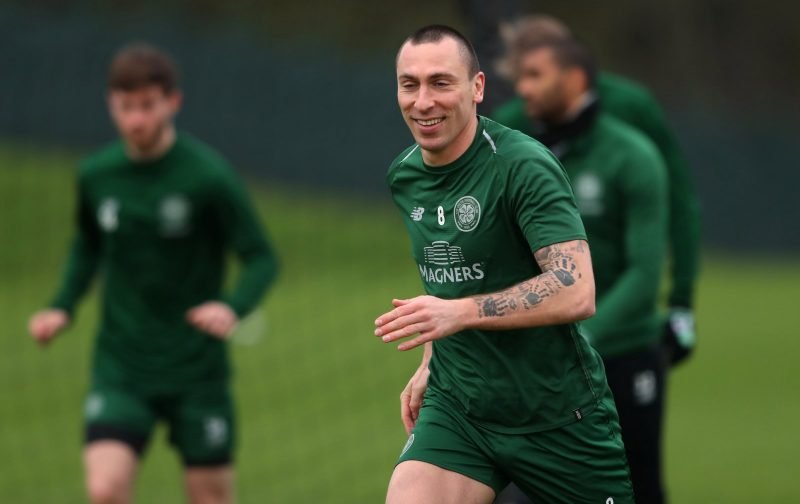 The early narrative of this weekend’s Old Firm game was that Celtic were the underdogs and this was where Rangers were going to get themselves back onto their ‘perch.’

As per usual, though, all the bluster and noise came from their end and the points went home with us from Ibrox, as they came to a gunfight with a knife.

The Hoops simply kept the Gers at bay with a new-look defence doing exceptionally well and the likes of Odsonne Edouard once again proving what real quality forward play looks like.

In the middle, meanwhile, Scott Brown was once again in his element as he strode around the park like a colossus.

Truly, the skipper has still got it and the praise for him on Twitter was plentiful.

Let’s look at that now…

Boli is a bomb scare, Morelos twice the player edouard is, tavernier is worth 25m and Scott brown is clearly finished, hmmmmmmmm

Scott Arfield trying to get into Ntchams back pocket after spending the first 90 mins in Scott Browns pic.twitter.com/GWCJkodcXO

I hope people continue to right Scott Brown off because it only seems to motivate him to prove them wrong, time and time again.

A great win as we go into the international break and, as per usual, we’re leading the way.