Celtic’s wait to determine the outcome of the 2019/20 season continues today with UEFA likely to clarify the prospects of the European Championships taking place in 2020, which could free up space to complete the required fixtures if it is cancelled.

The SFA and SPFL issued a further statement (via the official Celtic website) with a preference being that each club completed it’s full set of games required to finish their respective season but with the coronavirus pandemic likely to delay any being played until August or September, there is a very real chance that 2019/20 will be written off.

How league places, titles, relegation etc is determined has not yet been established but it will soon have to be an item on the agenda of the governing bodies, Neil Lennon left observers of the Scottish game in no doubt as to where he feels the trophy should go but subsequent statements from both Rangers and Hearts indicate just how complex the situation could quickly become with every club very much looking out for themselves.

Will Celtic be awarded the title after just 30 games? 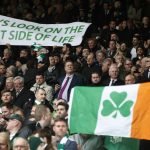 Hoops fans took to Twitter in response to the SFA/SPFL position statement and agree wholeheartedly with their Manager about the potential and justified destination of the Scottish Premiership trophy should the worst case scenario arise.

Announce 9 in a row

Announce 9 in a row

Whilst there is the possibility that the title may be “tainted”, as football fans, where winning is all that matters, it’s pretty clear that the majority of Celtic fans couldn’t care about how it is won, just as long as their name is the one that is on the trophy at the end of the season – whenever that may be.