As Dembele contracts stall, will this be another Andy Robertson moment? 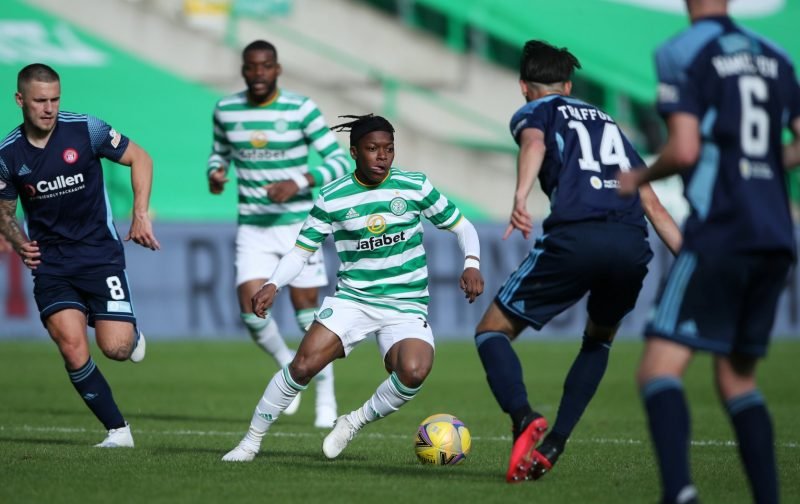 As reports circulate today about young Hoops prospect Karamoko Dembele’s contract, are Celtic staring down the precipice of another Andy Robertson moment by stalling on a contract? Young Dembele’s contract expires at the end of the season, but he will be free to speak to other clubs in the January transfer window.

Dembele has been the most talked about youngster at Celtic Park in a generation and was not so long ago was being courted by clubs south of the border. Dembele’s skills and trickery as a young thirteen year old are legendary on YouTube and as he has developed over the years he has also been courted by Scotland to become a full international, but being English born, the youngster seems to have his heart set on playing for his country of birth.

As Dembele is free to talk to other clubs in January he would be well warned to take heed from experience of other players that have left Celtic in favour of moves own south and disappeared off the radar, the most famous amongst Celtic fans being Islam Feruz.

Feruz was discovered by Celtic Youth Coach John Simpson whilst he was playing a kickabout game with friends at Castlemilk Sport Centre at just 10 years old. He was then invited to join the Celtic under 14s at aged 11.  Islam and his family were threatened with deportation back to Somalia when he was 12 years old, but after a long campaign by the late Tommy Burns, he was granted permission to stay and became a full UK citizen.

Feruz rejected a professional contract with Celtic in 2011 and joined Chelsea on a reported £2,500 per week and Celtic received just £300,000 compensation from the London club.  His debut was against a Malaysain League XI where Feruz replaced Kevin De Bruyne on the 32nd minute but was immediately taken off after half time.

He signed a new contract with  Chelsea in January 2014 but was released in the summer of 2019 after short but unsuccessful loan spells at OFI Crete, Blackpool, Hibs, Excel Mouscron and Swindon Town. From 2014-2019 he only made 20 appearances for his loan clubs combined and no first team appearances for Chelsea.

Of course there are successes at Celtic Park of players who have left and made it. Players like the afore mentioned Andy Robertson and Scottish international goalkeeper David Marshall. So not only does Karamoko need to be careful of not extending his contract with the Hoops, Neil Lennon and the board need to also be careful that Dembele does not pen a new contract too.