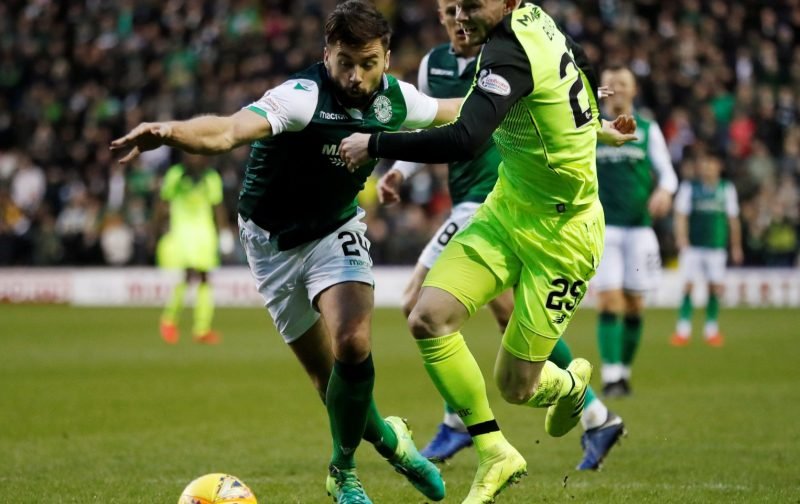 Celtic fans are celebrating progression in the semi-finals of the Scottish Cup after a huge 2-0 win away to Hibernian on Saturday evening.

The recent matches against Hearts and Hibs were huge tests considering Brendan Rodgers walked out on the club on Monday, but Neil Lennon, John Kennedy and the rest of the backroom staff have inspired the players to two massive wins from two.

It means we are as in strong as position as before Rodgers left and are now well placed to seriously challenge for a ‘treble treble’ of domestic trophies.

One of the big performers at Easter Road was Oliver Burke, who didn’t find himself on the scoresheet but worked as hard as anyone else on the pitch, providing a constant threat through his pace and physical attributes.

Fans are desperate to see the club make a move for him this summer, bringing him to Glasgow on a permanent basis from West Bromwich Albion.

Sadly it doesn’t seem likely, but it didn’t stop these supporters dreaming on Twitter this weekend…

Id love us to sign Burke, he's a machine but it's not likely

Bankrupt the club to sign Burke imo. Take the points deduction and still walk the league.

Oli burke is a must sign in the summer , would take him over any of the loans we have

Celtic need to splash the cash and sign Burke at the end of his loan. What a player btw

Hopefully the Celtic board will try and make an attempt to sign Oliver Burke. Already he is a big presence in the starting 11 and gives us another option to our style of play.