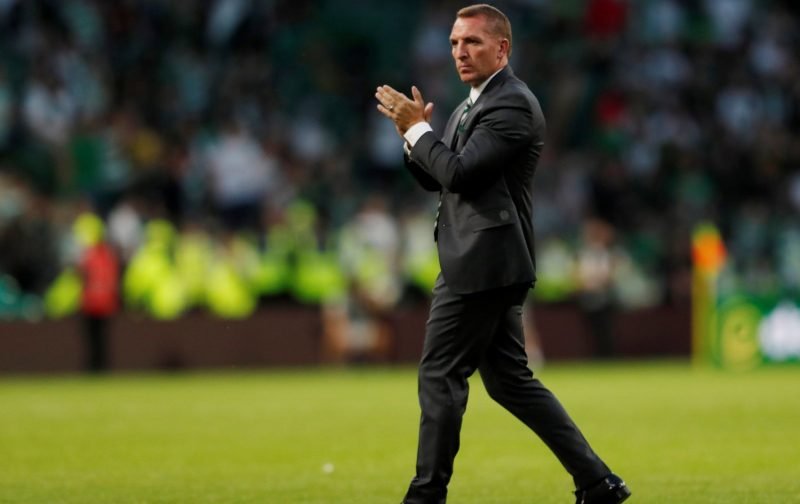 Brendan Rodgers has distanced himself from the potential deal Celtic are doing for Daniel Arzani this summer, claiming that it’s the club’s remit to think about signings, not his.

Speaking to the media before and after the Hoops’ impressive victory over Rosenborg on Wednesday night, Rodgers has decided to downplay his role in bringing players to Celtic Park, not for the first time this summer.

On a potential deal for Arzani, Rodgers told The Scotsman:

“I can’t tell you anything about him or anyone else. All I know is he is a young Australian, a very talented player. He came on in the World Cup and looked very, very good. But I’ve nothing on any player. The club are working hard behind the scenes to try to get some signings in. I think he’s one who has been identified.”

Obviously the days of football managers and coaches being part of every aspect of an incoming transfer deal are a thing of the past, it’s no longer the case that a figure like Rodgers would have his fingers on all the buttons at Celtic Park.

However, his comments still feel pretty concerning. As we know, Rodgers doesn’t say anything to the press by accident and it’s clear he is trying to communicate to supporters that he doesn’t have much say on which players arrive at the club.

If he is happy with that situation then all is well, but you’d expect him to at least have more knowledge on what deals are in the pipeline. He can’t solely rely on the opinions of other staff members at the club.

He spoke further on the issue to Chick Young on BBC Sportsound, saying:

I’ve only seen him [Arzani] from the World Cup, the young player. He obviously came on and I have an awareness of him. There’s nothing to add to that. Is he a Man City player? There’s a connection between Celtic and Man City, which started before I came here.

My focus is working with the players here that I have and let’s see what players the club can bring in.

The fact he only has as much knowledge on Arzani as any fan who was an ardent watcher of this summer’s World Cup doesn’t exactly sing confidence that he’s a player Rodgers is desperate to work with.

That kind of harmony between incoming signing and manager is ideally what you are looking for from a transfer deal as a fan.

Celtic fans trust Brendan implicitly, and rightly so given his track record at the club so far, but he needs everything he wants out of these transfer windows and his comments about being distant from the process are not filling us with much confidence he will.

What do you make of Brendan Rodgers’ transfer comments this week? Let us know in the comments below…