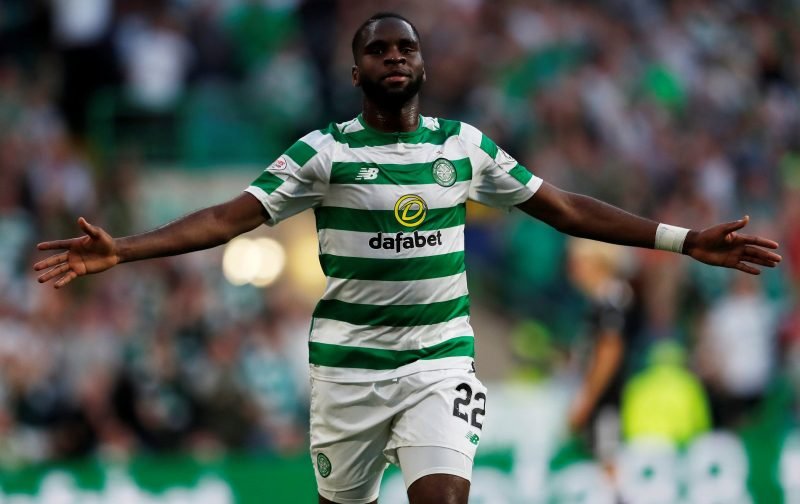 Former Celtic favourite John Hartson has showered praise on Hoops striker Odsonne Edouard after his weekend winner against Dundee, but feels the Frenchman could be offering much more, writing in his Evening Times column.

Having scored over 100 goals for Celtic, Hartson knows a thing or two about what it takes to be a successful forward in Glasgow and he’s been keeping a close eye on Edouard’s progress over the course of this season.

The Frenchman has so far scored 18 goals this term, including two vital last minute winners after the arrival of Neil Lennon.

Hartson reckons he is full of talent, but has still been frustrated by some of his displays this season.

Writing in The Evening Times, the media pundit explained:

He has pace, he has strength, he can score, he does have all the tools to really be a first-class striker. But I just keep thinking that there is so much still to come from him.

There is an element of frustration to watching him sometimes because you just feel that if he tidied up one or two aspects of his game then he would be a really serious player for Celtic.

But he is still very young, so I am not pointing the finger. He has scored big goals and he has responded to the big occasion and that is what separates the top players.

So he has that. But there are definitely things that he has to work on.

Should we be expecting more from the 21-year-old? Perhaps, but like Hartson points out he is only going to improve with time.

What he needs more than anything from my perspective is the faith of Neil Lennon and the responsibility of being the club’s main striker.

So far in 2019 we’ve seen Oliver Burke almost replace him in the starting line-up of most matches but now he is back to full fitness it is time to invest in his development with serious playing time and that means sticking by him even when he’s not scoring prolifically.

Saturday’s match showed that if you don’t sub him off he can eventually come up with the goods and given he is our record signing, we need to give him a run of games at this most important time of the season.

Hopefully that means him starting the upcoming match at home to Rangers.