‘Can’t understand why’ – Many Celtic fans were baffled by Lennon decision yesterday, want it sorted 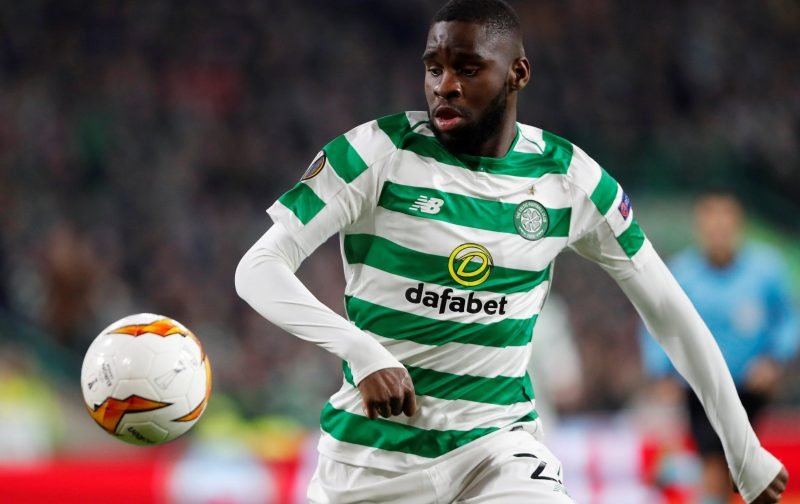 Many Celtic fans don’t understand why Oliver Burke continues to be selected ahead of Odsonne Edouard as the first-team’s central striker.

The on-loan West Bromwich Albion man started yesterday’s draw against Aberdeen ahead of the record signing, perplexing supporters who see the Frenchman as the clear choice in attack.

Edouard was introduced at half-time and immediately gave the team more of a focal point in the opposition half, although the team could not create the chances needed to defeat Derek McInnes’ outfit.

Fans are now calling for Neil Lennon to change it up next week away to Dundee, knowing that three points must be won to bring confidence into the derby game against Rangers after the international break.

Edouard has yet to break the 20-goal mark this season but is still the team’s joint-top scorer and has had extensive periods out through injury.

Is it time to put our full faith in the former Paris Saint-Germain man?

Edouard if fit should be starting every single game for Celtic. Don't care how good Burke is a makeshift number 9. Eddy is head and shoulders above anyone in Scotland imo. #CelticFC #CELABE

Disappointing result & performance yesterday. Thought the starting team was wrong – incredibly no Edouard and then still trying Burke as a centre forward which clearly doesn't work. Strange one ???? #CelticFc #Lennon

Also think Edouard was far more effective than Burke in that striker role, not saying he had a great game, but at least gave us much more presence. Need him in the team.

IMO Édouard needs to start. Burke isn't a centre forward, the rat tried to make him one

Picking Burke ahead of Edouard,for me is enough to rule Lennon out the running.

I wasn’t keen on Burke when he arrived with ‘no chance of signing’ line, he’s now starting to annoy me being picked ahead of Edouard. #CelAbe

Felt Lennons substitutions where baffling, particularly both at HT anaw!

I'm perplexed why we're continuing to persevere with Burke ahead of Edouard too.

Big opportunity lost but I'm sure it'll be irrelevant anyway.