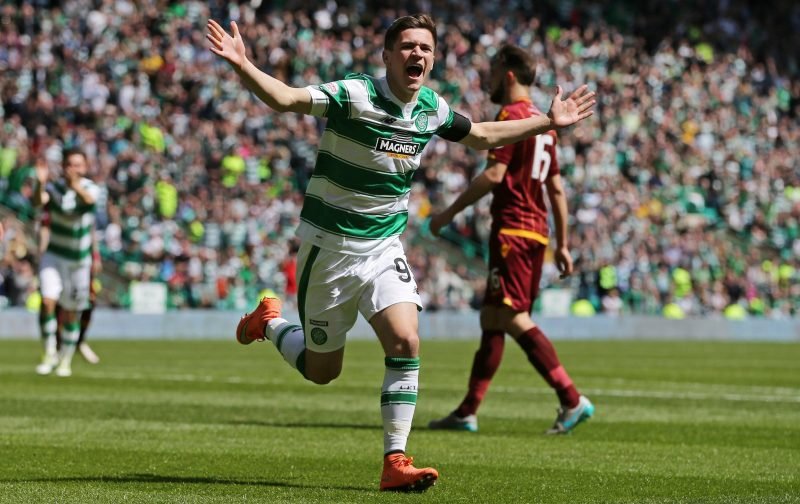 Celtic youngster Jack Aitchison has joined Scottish League One side Dumbarton until the January transfer window.

The club confirmed the news on Friday afternoon, which will hopefully give the 18-year-old his first sustained taste of first-team football.

He netted as part of a 7-0 demolition of Motherwell on the closing day of the 2016/17 season. It was also the day we lifted the league trophy and said goodbye to Ronny Deila.

Since then he’s found his opportunities in the senior side limited, making just 4 appearances in total, but has been a regular performer for the reserve squad.

Given his sudden and exciting emergence on the Celtic scene, no doubt fans will be keeping a close eye on his loan at the Sons.

We wish him all the best and hope to see him make progress.