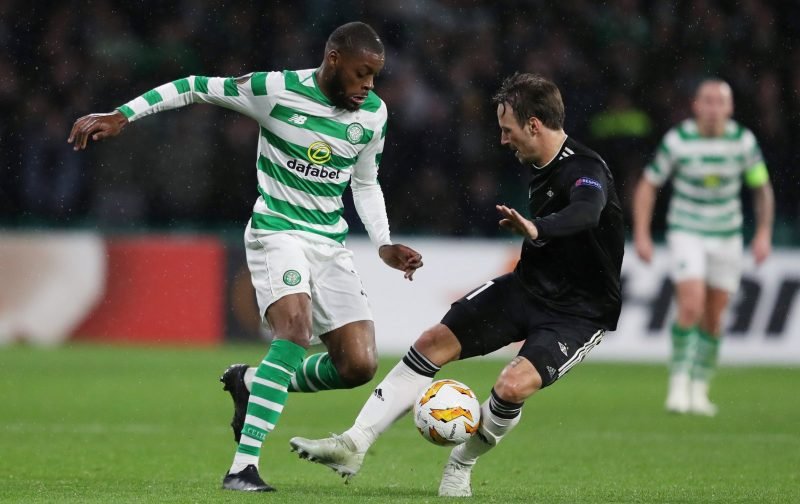 Celtic take on Lazio this evening as we look to earn a big three points in the battle to make the knockout stages in the Europa League.

The Bhoys have been pretty decent so far in Europe with a good point in Rennes followed by a win over Cluj and if we can earn three points tonight, we’re going to be sitting very pretty.

Neil Lennon will need to get his team selection right, of course, and it seems as though he has plenty of options available to him – though Olivier Ntcham is not one of them.

The French midfielder – as confirmed by Lennon via the club’s official Twitter account – is not available for this clash and they are just hoping he will be fit for the weekend.

Aberdeen are up next for the Hoops in the league in what is usually a tough game and so hopefully the Frenchman will be in contention for that.