Celtic are interested in £450,000-rated prospect ahead of summer transfer window 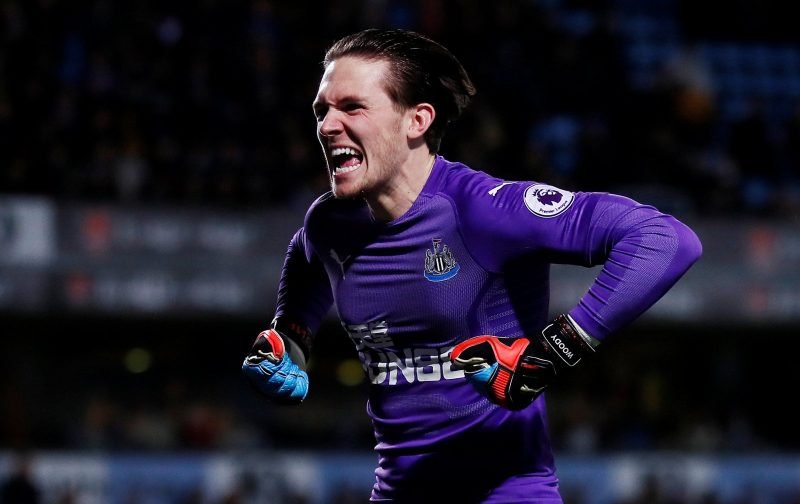 Celtic are interested in signing Freddie Woodman in the upcoming summer transfer window, as reported by The Shields Gazette.

The paper report that 22-year-old goalkeeper could be seeking an exit from Newcastle United given his lack of first-team game time.

Celtic continue to scout his progress but will face competition with Arsenal for his signature, according to the report.

Rated at £450,000 by Transfermarkt, he’s made just three senior appearances for the Magpies this season, all of which have come in the FA Cup.

Nonetheless, he remains highly rated and has won six caps with the England U21s side, with Rafa Benitez keen on keeping him in Newcastle.

The Gazette reports that the shot-stopper has already been offered a contract extension beyond next summer but that it has been rejected.

He of course has experience of Scottish football having had loan spells at Kilmarnock and Aberdeen over the last couple of years.

With Dorus De Vries on his way out of the club and Craig Gordon ageing, Woodman could provide viable competition for current number one Scott Bain if Celtic choose to pursue a summer deal.