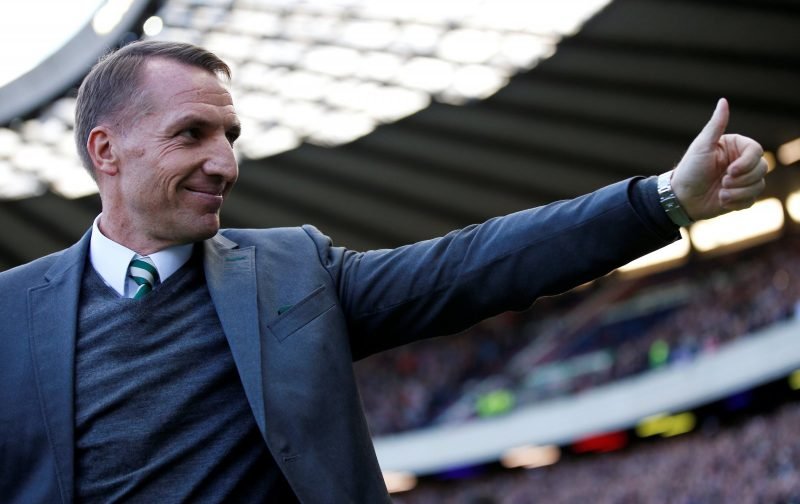 Brendan Rodgers only wanted to talk about one thing in his post-match press conference today and that was the superb performance of his Celtic side in the Scottish Premiership against Hearts.

It’s been a fairly dramatic week in Scottish football generally, with Neil Lennon hit by a coin during the Edinburgh derby mid-week, before Lennon himself called out the bigots that have followed him throughout his career at Celtic and Hibs.

Rather bizarrely, Rodgers was asked about another incident that occurred on Saturday, the coin that hit Rangers striker Alfredo Morelos during his side’s win away to St Mirren.

Clearly looking for some reaction from the Hoops boss, Rodgers shut down the line of questioning in a fantastic way.

Nothing to do with me. This is Celtic-Hearts, today’s about Celtic.

I’m not overly keen on talking about what happened in the Rangers game. You’ll need to talk to Stevie or someone else about that.

Look at the positive. The positive today was the football, OK? Cried all week about everything else that has gone, so talk about football and focus on the Celtic performance which was fantastic.

When Celtic are playing badly all anyone wants to talk about is crises in the dressing room and now we’re steamrolling opposition, the questions suddenly become about crowd incidents involving Rangers players?