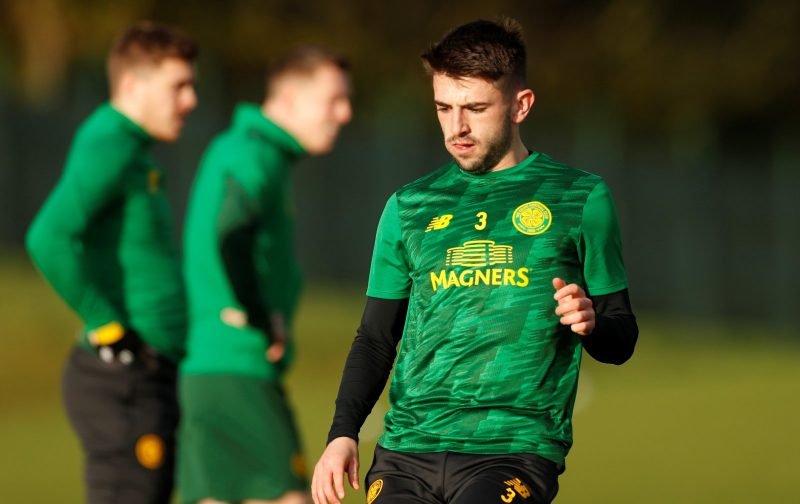 Neil Lennon has given an injury update on Greg Taylor after the Celtic left-back had to go off injured before the break in the 2-0 friendly victory over Ross County at Parkhead yesterday, as reported by The Daily Record.

Taylor’s early attacking impetus led to the Hoops taking the lead after just three minutes with a driving run resulting in his cross being diverted into the goal by a County player, the Scotland international – when given a run of games – has looked settled in a green and white shirt and has put himself into pole position in the battle to be first pick.

The Celtic gaffer said of Taylor’s injury that it isn’t as bad as first feared and hopes that the 22-year old will be back fit and available for selection sooner rather than later:

“So hopefully he’ll be fit for Wednesday or Thursday to train this week.

“It’s strapped up at the minute, it was a bit sore, hopefully in a couple of days the swelling will go down and it’ll be okay.”

Having played second fiddle to Boli Bolingoli for much of the first half of last season, the former Kilmarnock full-back grabbed his opportunity with both hands when the Belgian suffered a knee injury leading up to the winter break, ending the season with five assists in 21 appearances.

His ability to both defend and support the attack make him a more rounded option than Bolingoli in either a flat four or as a wing-back in Lennon’s now favoured 3-5-2 formation.

With the season kicking off this weekend, the Scot will be hoping that he can make the predicted swift return to training and regain his starting slot in time to line-up on the opening day and see the 9-in-a-row title flag being raised.