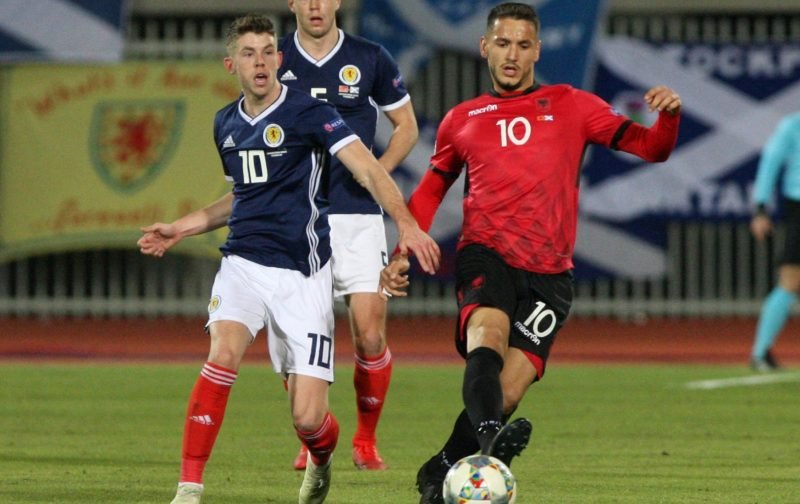 Celtic are now facing the prospect of playing the first derby of the season with at least three key players missing after the latest news coming from the Scotland camp, as reported by the BBC.

Ryan Christie is now having to self isolate for 14 days because he has been in close contact with Stewart Armstrong who has tested positive ahead of his country’s play-off clash with Israel.

Christie is now added to a list that involves James Forrest and potentially Odsonne Edouard with it still unclear for the latter when he will be allowed to return from France after producing a positive test result himself.

Forrest is out for the next 4-6 weeks with a stress fracture but the confusion over Edouard’s availability will be the most worrying – and that is without any further players producing positive tests, it will be an anxious fortnight for those of a green and white persuasion.

The French Under-21 star must isolate for ten days which takes him up to October 16, the day before the derby, however, it is not clear if it includes this day, meaning that he would potentially have to travel back on the day of the game without being able to take part in any training between now and then either.

Will the derby go ahead?

The player himself has said that he feels fine and is showing no adverse effects, which ultimately is the most important factor, and the next few days will be key in identifying any other players that could be affected – there is still uncertainty surrounding any potential outbreak at Lennoxtown and what it would mean for the club with games being postponed earlier in the season then St Mirren having to play whilst all their goalkeepers were isolating.

Neil Lennon’s side currently have the early advantage in the title race, drawing first blood in a derby would be a hammer blow to their noisy neighbours already frail mentality, the last thing they would want to do is to let them off the hook.