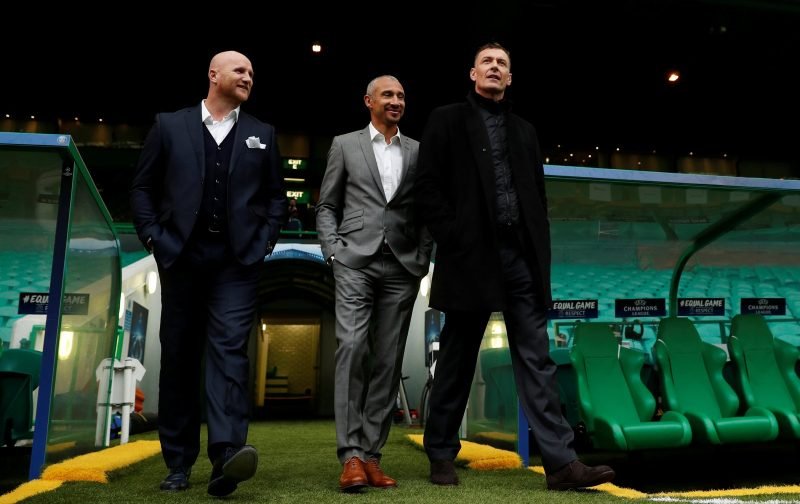 Celtic legend, BBC and BT Sports pundit Chris Sutton has got his fishing rod out this afternoon after Steven Gerrard was goaded into saying he wouldn’t sell Alfredo Morelos for £50m as reported in The Daily Record.

During Rangers recent AGM, Dave King claimed that the Colombian wasn’t for sale at any price and later stated that £40m wouldn’t be enough to tempt them into accepting a deal.

When Gerrard was asked if he would accept £40m for Morelos, he replied:

Rather bold from a club needing in excess of £10m worth of funding to see out the season and for a player they paid less than £1m for.

Morelos has been vocal in his desire to leave Scottish football if a suitable offer comes along and in reality, few can believe that both King and Gerrard are serious in their claims.

Celtic fans joined in with Sutton to mock Gerrard’s claim on Twitter.

We all know this ends in January with Morelos leaving as the villain because….
“The offer was nowhere near our valuation but the player had made it clear that wanted to leave”
The fix is in Gullibillies!

Why take £50million for a player that is worth £400million?

Was it not 40m yesterday. Probably 60m the morn. No doubt that mystery Chinese team will be back offering big cash 🙈🤔😂

It will be up to £70 million by the weekend. Sir walter of myth will be wheeled out for the Sunday mail.

Morelos’ price tag has definitely risen since he first arrived in Scotland, who knows what it could be if £50m is his valuation without ever scoring against the champions…