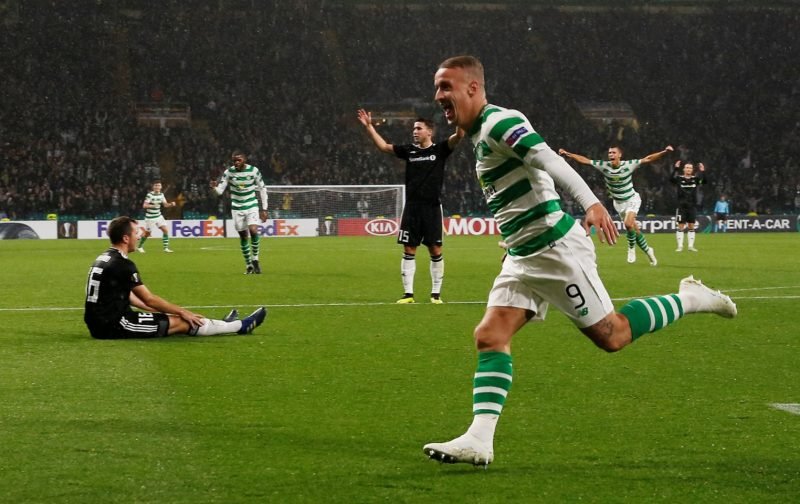 Writing in the Daily Mail, via the Scottish Sun, former Celtic player Kris Commons has suggested that Leigh Griffiths might not be that far away from returning to action.

The Bhoys have been flying in recent weeks on the domestic stage and despite Brendan Rodgers leaving, the club is well on course for another treble.

This has been done, too, with a serious shortage of players throughout the campaign thanks to various injuries and Griffiths himself has been missing for much of the campaign.

Commons has suggested that Neil Lennon has sought to chat with the striker more than Rodgers did, though, and a return to the green stuff could be on the cards.

“Don’t be surprised if Leigh Griffiths fights his way back and plays a key part in Celtic’s run-in towards the end of the season.

“It’s my understanding that Griffiths is close to making his return following some off-field personal difficulties.”

Certainly, Griffiths would be a welcome addition to the side and squad after missing a key few weeks at the club.

If he can come in and add some goals then we could be on the way to another treble.