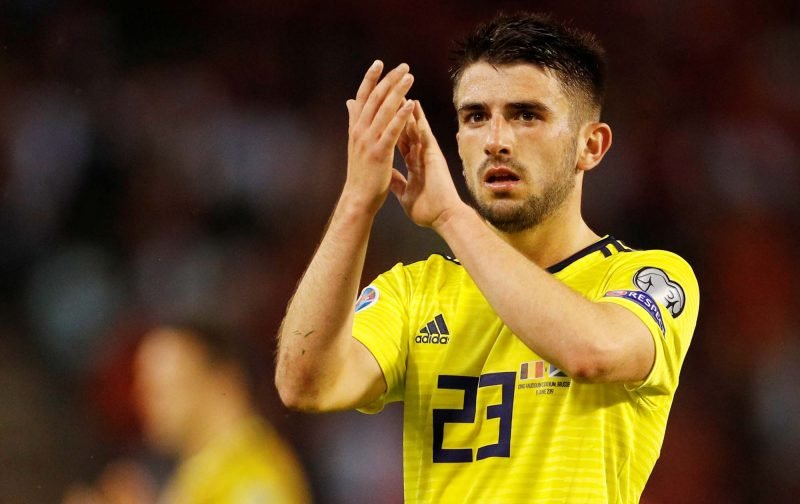 Pundit Alan Hutton has predicted (via Football Insider) that Greg Taylor may be about to see more game time for Celtic following the injury sustained by Jonny Hayes against Livingston at the weekend.

Hayes could be out for some time and with Taylor impressing for Scotland on international duty, Neil Lennon may take the opportunity to promote him to the starting XI.

Hutton was asked about Hayes’ injury and Taylor’s chances of seeing more action for Celtic and said:

“They’re quite heavily loaded in the left-back area and obviously Jonny Hayes has come in and done well. It’s not nice to see your fellow professional get injured but sometimes that’s the opportunity you need”.

“He’s got a chance now, it’s a very busy period for Celtic so there’s going to be lots of game time and lots of opportunities for him to go and prove his worth”.

“He’s done brilliant at Kilmarnock, he’s made the move to Celtic so he’ll be bursting to show everybody what he’s capable of”.

Neil Lennon and Celtic didn’t pay Kilmarnock £3m so that Taylor could sit in the stand or on the bench, at 22-years-old he is an experienced Scottish Premiership player with over 100 appearances to his name so he knows exactly what he is facing week-to-week.

Hayes has been preferred in recent weeks because of the extra attacking ability that he has, but as Taylor showed for Scotland with 2 assists, he is more than capable of turning provider if he is given the opportunity, he is also a natural left-back rather than a converted winger like Hayes or even Boli Bolingoli.

Hutton is right, there is a lot of games between now and the winter break and Lennon will be looking to keep his squad as fresh as possible, knowing that he can now rely on Taylor to do a job will give him the confidence that his team isn’t weakened by his presence. Also, because he has only made 7 appearances so far he will be fresh and capable of doing the hard yards that is demanded of a Celtic full-back.

Should Greg Taylor get a chance as first choice left-back? 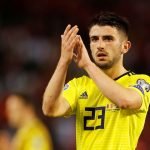 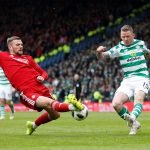 This, as Hutton rightly says, is Taylor’s chance to stake a claim as first choice left-back because of Hayes’ injury, should he demonstrate the form that he is capable of, it could be a position he makes his own for several years to come.