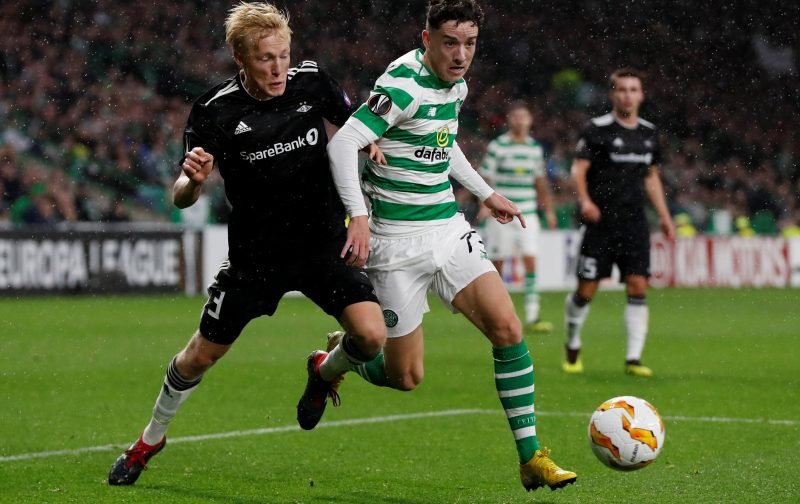 Celtic will be hopefully aiming to get a flurry of transfer business sorted in the coming weeks as we aim to make a real impression next season in Europe as well as at home.

The Bhoys have got a decent squad, but it does need a fair bit of work with a few stars leaving and it is up to Neil Lennon and the recruitment team to get the right players in.

On the flip-side meanwhile, though, there has been a rather surprising rumour linking one of our players away from the club.

Indeed, according to the Scottish Sun, Greek side Panathinaikos have been monitoring young winger Mikey Johnston with a view to potentially taking him on loan for next season.

Certainly, this would be a surprise if it came about.

Whilst it might be an idea to see Johnston head out on loan for the new season to get experience, you perhaps wouldn’t think that the Greek league would be where he’d end up.

It could well provide him with a real different skillset, though, given it’s a completely different culture, language and style of play.