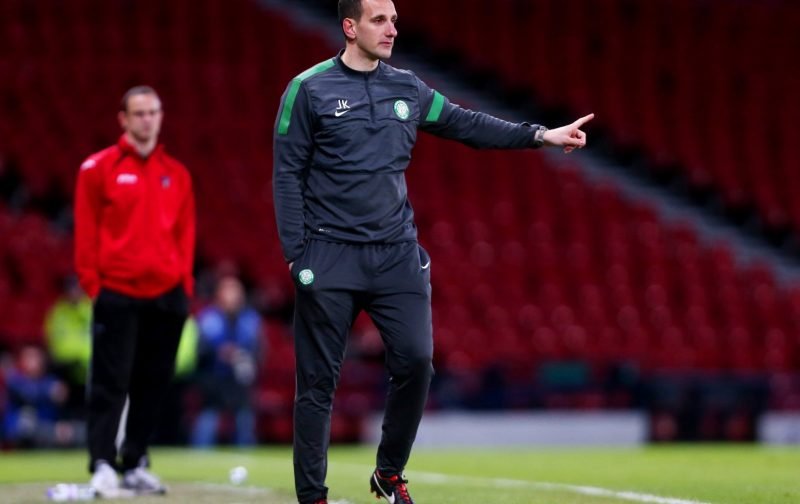 The 35-year-old had an unfortunate playing career after suffering a serious injury on international duty on Scotland duty which he never fully recovered from, but he’s determined to turn that misfortune into a dream by one day taking charge of the Hoops.

As quoted by BBC Scotland, the assistant manager said:

It’s a dream. It’s not something I’m going to get caught up in and overrule what I do now in terms of trying to become the Celtic manager.

I’m in the moment, I know if I don’t deliver as assistant manager, then things happen and you need to move on. You work at big clubs, there are those pressures.

I had a great relationship with Brendan, spoke to him about a number of things and what the future might hold, but ultimately I was there preparing the team. I’m happy here, I don’t want to be moving anywhere at the moment.

I’m in a good place, the club are in a great moment and when you’re in these moments you’ve got to savour it because I’ve seen the other side of it as a fan and even as a player when you’re maybe not winning, you’re chasing the opposition. At the moment we’re on top of our game.

Kennedy has certainly shown exceptional loyalty to stay at Celtic instead of moving to the big money of the English Premier League with Rodgers and he has also been crucial in guiding the squad through a transition period into life under Neil Lennon.

Lennon has been quick to point out how important he has been in recent weeks and it is clearly he is very highly thought of by the Hoops hierarchy, including Chief Executive Peter Lawwell.

That makes his potential future as manager outright as viable and it’s something that Celtic fans should probably start getting used to now. A situation where Kennedy becomes boss at Celtic Park is very possible over the next few years.

Right now though, he still has plenty to prove learning the ropes as a first-team coach and assistant manager.