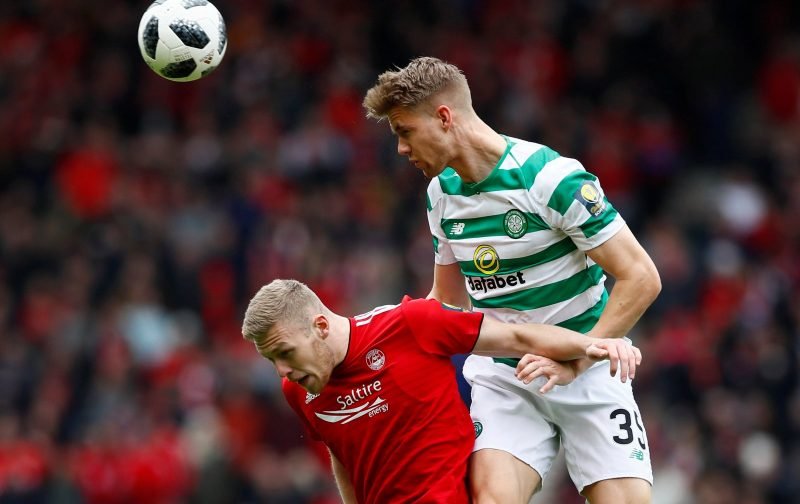 Celtic have apparently named their price as “want away” defender Kristoffer Ajer appears increasingly unlikely to be at Parkhead next season.

The Daily Star claims that £20million will be enough for the Hoops to part ways with the Norwegian international in a move that would represent another example of the proficiency of Celtic’s recruitment team given that the centre-half arrived at the club on a free transfer.

Leicester City remain heavily linked with Ajer, the obvious connection being Brendan Rodgers’s experience of managing the 22-year old, however, AC Milan have also recently been credited with an interest which could help the Parkhead side maximise any potential transfer fee that they receive.

Neil Lennon had hoped to keep transfer movement to a minimum but with the increased speculation surrounding Ajer added to Jozo Simunovic leaving the club – Celtic decided not to take up the final year of his contract – fans can potentially expect more bodies coming in than were originally planned.

Ajer’s departure would represent a significant blow as the Hoops look to cement their place in history after he formed a formidable partnership at the heart of defence with Christopher Jullien which saw the loss of just 19 goals in 30 league games, aided of course, by the significant presence of Fraser Forster.

Lennon will hope that any new recruits settle into the side as quickly as his £7m centre-half after the towering defender enjoyed a stellar first season in the famous green and white shirt, whether Ajer will line-up alongside him or not will be as big an indicator to the board’s priorities over the next twelve months as any fan will see.