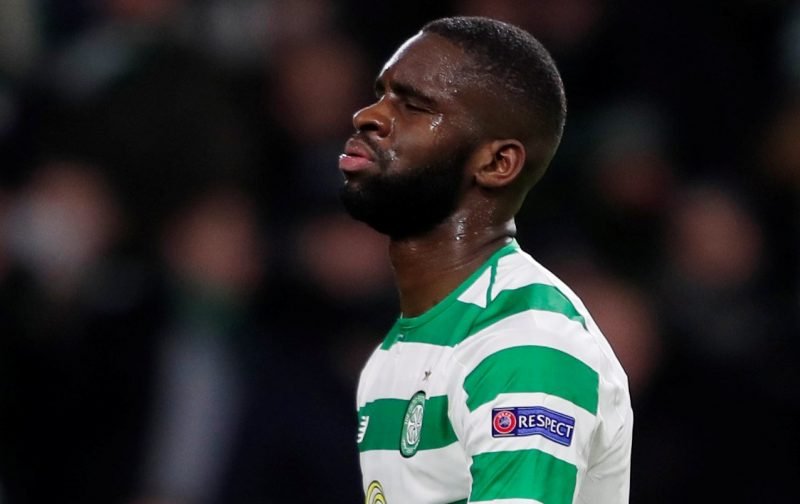 Odsonne Edouard has tested positive for Covid-19 as part of routine protocols on international duty for the France Under-21 team, as reported by Sky Sports.

The Scotsman reported the French FA’s statement which revealed the timeline of events:

“Odsonne Edouard will not participate in the France-Liechtenstein and France-Slovakia Espoirs matches, counting for the qualifiers for Euro 2021.

“The result of his Covid-19 test carried out by UEFA this Tuesday morning, October 6 having been positive, Odsonne Edouard was sidelined from the group upon receipt of the results, at the end of training . He was then placed in isolation.”

No other players in the group have tested positive which will no doubt see alarm bells ringing at Lennoxtown.

This has obviously raised concerns for Celtic’s next fixture – the Glasgow derby on October 17 – but fear not, the 22-year old will be available for selection and so will the rest of his teammates, however, there is supposed to be a three day window from the date of the test which would include his participation in the fixture against St Johnstone.

Will the derby go ahead?

As yet, there has been nothing from the club other than to announce that the rest of the squad has tested negative, it will be a fluent situation as the recent debacle surrounding St Mirren and their goalkeeper crisis displayed.

There is no chance of Celtic having to take to the field against Rangers with a shadow or heavily depleted squad, the precedent has already been set earlier in the season with fixtures being postponed, yes, the SPFL are known for making it up as they go along, but even they wouldn’t attempt to pull that stunt.