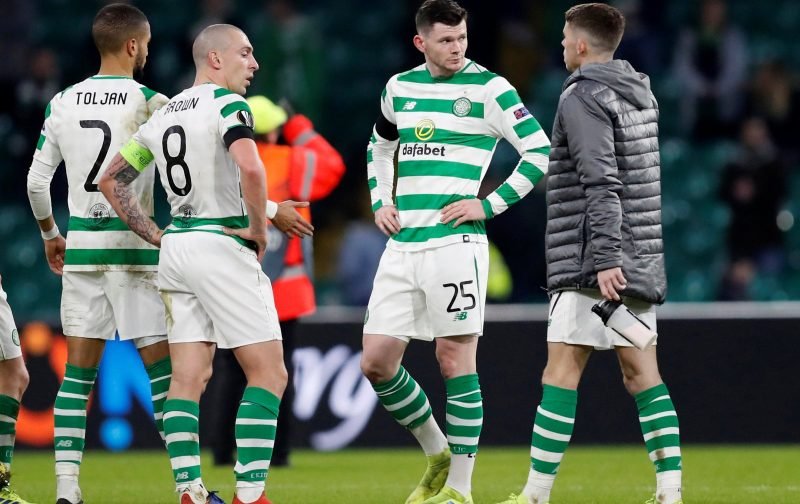 Celtic bowed out of Europe last night as we lost to Valencia 1-0 and 3-0 on aggregate thanks to last week’s 2-0 defeat against them.

The Bhoys have been in decent form this season on the domestic stage and have ramped it up in recent weeks but on the European stage we went rather quietly.

Indeed, there were times last night where things looked positive but overall we just didn’t have enough to overhaul the deficit.

And, as per John Hartson’s view, part of that was down to the lack of ideas Oliver Burke had when he got into the final third for the Bhoys.

Indeed, the loanee has impressed this season since joining from West Brom but he was the central man up top last night and didn’t do well.

Sure, there was plenty of running but little else and he’ll be looking to get back to a good level when we face Motherwell this weekend.