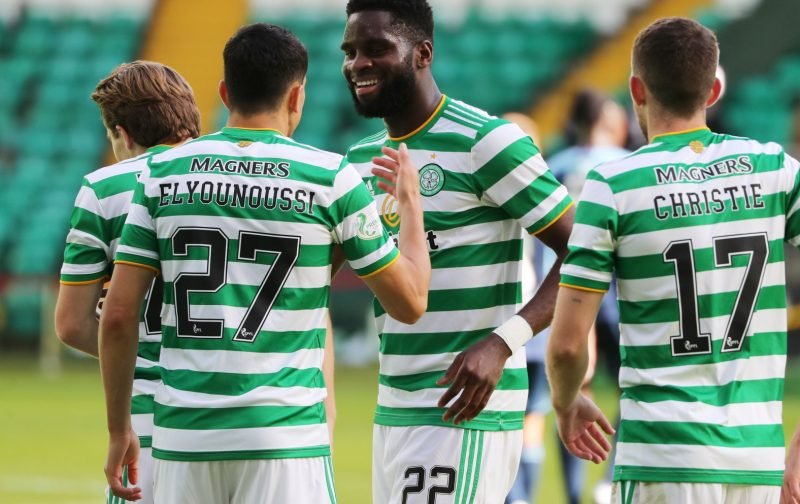 Celtic return to domestic action on Saturday with a rare 3pm kick-off and will. despite a return to stricter lockdown measures, will have fans in attendance in Dingwall against Ross County, although none will be of a green and white persuasion, probably.

Neil Lennon has one real decision and it will be based on what shape to go for now that he has both Albian Ajeti and Odsonne Edouard fit and available for selection as well as Shane Duffy now capable of adding specialised cover at the heart of a three man defence.

Vasilios Barkas will continue in goals and should – unless the gaffer decides to “freeze out” Kris Ajer – have a defence of Duffy, Jullien and the big Norwegian in front of him.

In the wing-back roles, James Forrest has struggled to make as big an impact as recent seasons and could lose out to Jeremie Frimpong whilst Greg Taylor will continue on the opposite flank for obvious reasons. 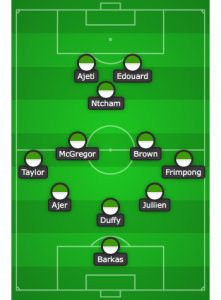 Scott Brown, Callum McGregor and Ryan Christie should form the midfield three unless Lennon considers the minutes played during the international break and goes with Olivier Ntcham behind the strikers.

County can be a stuffy side on their own patch and have made a decent start to the season but Celtic should have more than enough firepower to see them off, with both Ajeti and Edouard on goalscoring form this season, Hoops fans will be dying to get the sight of them lining up together when kick-off comes – expect a 3-0 win and a comfortable afternoon in the Highlands.