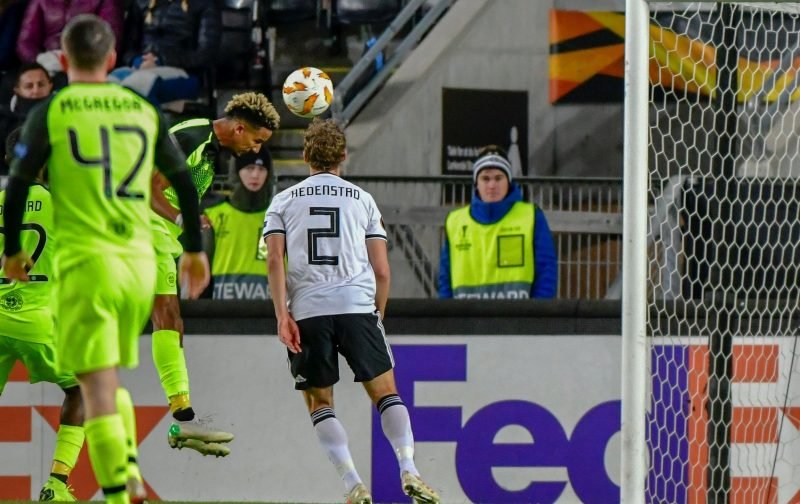 Celtic winger Scott Sinclair silenced his critics with a crucial goal away to Rosenborg in the UEFA Europa League on Thursday, putting the Hoops within touching distance of the knockout stages.

His header provided the 1-0 win that leaves Brendan Rodgers side only needing a draw in their final Group B match at home to RB Salzburg.

A player who has been criticised heavily over the past year, it’ll be that kind of contribution that gives him the confidence to reach his peak form once again.

Since the semi-final against Hearts at Murrayfield he’s scored three goals and assisted another three times, solidifying his place in Rodgers’ starting eleven.

The player himself feels he’s just getting started too, speaking after the match in Norway.

As quoted by The Scottish Sun, the 29-year-old said:

To be honest, it doesn’t matter how I score, it’s always great to be on the scoresheet. It’s great to be back in the team and full of confidence and back in form, and obviously now we’re winning games too.

Just being back in has given me confidence. To get form you have to play games and I’ve played the last five or six and built up momentum.

It’s great for me to build on that and hopefully I can keep performing.

Sinclair’s next test could come on Sunday in another major cup final, with Celtic hoping to make it seven domestic trophies from seven up against Aberdeen at Hampden.

Rotation may be necessary with the match coming hot on the heels of our Norwegian exploits, but the Englishman has had the stamina to stick to a Thursday-Sunday schedule in recent weeks.