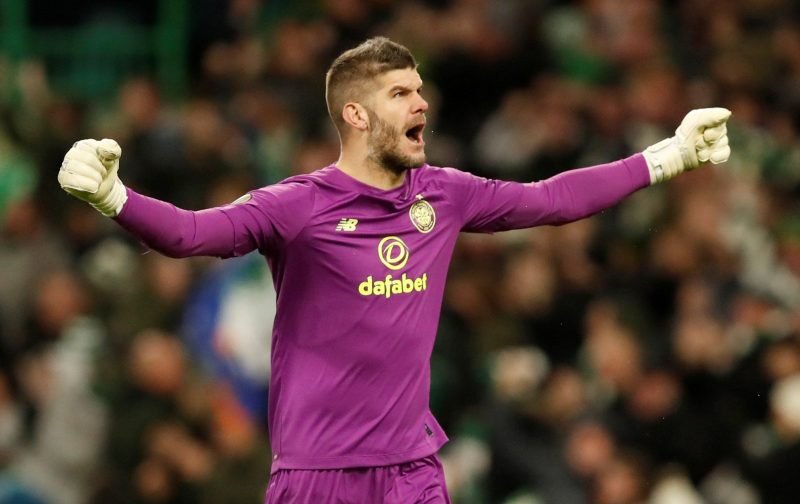 The Celtic goalkeeping crisis/Fraser Forster saga are inextricably linked and the daily race for an “exclusive” has led to a series of claims and counter claims with the most recent being one that is sure to be music to Hoops fans ears.

The Scottish Sun has reported that the Southampton stopper still remains Neil Lennon’s priority target this transfer window and hasn’t been put off by either his rumoured transfer price of £10million or his giant Premier League pay packet.

The Saints are also said to still be keen on Olivier Ntcham and have intimated that they may be willing to let Forster go as part of any deal, however – in contradiction to The Sun’s own claims – they are only willing to let him leave on loan with Celtic picking up a significantly bigger percentage of his salary compared to last season.

With Craig Gordon departing for Hearts on a two-year deal, Lennon is short on the ground in terms of experienced keepers and the uncertainty of the move for Forster could yet see Joe Hart – who is rumoured to be in talks with the Parkhead side – return to a club with the profile that matches his CV.

There are few number ones, available for free, that can match the achievements of the 75-cap England international and at 33, with no long term injuries in his career, he would represent something of a coup, despite his form over the last couple of years.

For those doubting the move for Hart, they should remember the state of Forster’s game before he returned to his spiritual home, and as far as alternate options go – should a permanent move not come off for the Geordie – a man motivated to reclaim his England spot would be an ideal addition to the best defence in Scotland.