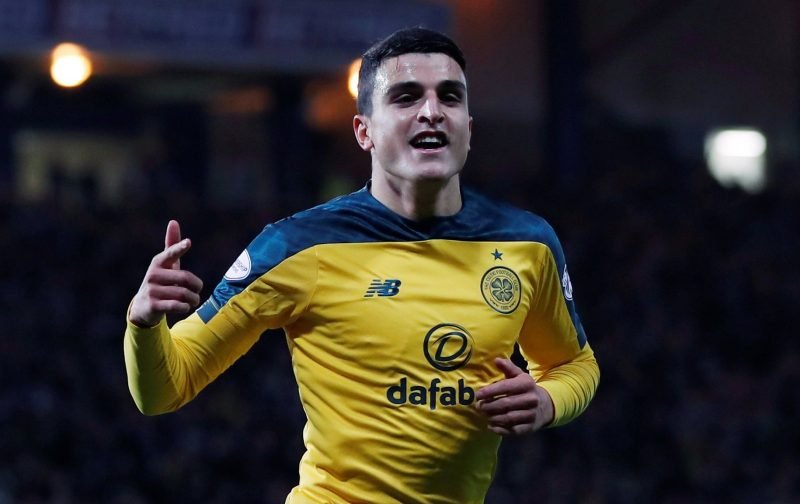 Former Kilmarnock defender, Alex Bruce, believes that Neil Lennon has adopted a very measured approach to his transfer window so far by securing the return of Mohamed Elyounoussi to Parkhead.

Speaking to Football Insider, Bruce has praised the Hoops gaffer as he looks to build a squad capable of winning an historic 10-in-a-row.

When asked to reflect on Celtic re-signing Elyonoussi on another season long loan deal, he said:

“He’s keeping his squad together, which is a good thing for Celtic.

Obviously they had a very good season, won the league comfortably, so to try and keep the squad together as best they can is obviously good business by Lennon.”

John Kennedy said as much himself when he explained how they were going to plan their summer transfer window – retention of key players is paramount and although the Norwegian international only appeared in 10 league games, he still managed 4 goals and 2 assists.

Elyounoussi might not be a permanent member of the Hoops squad but he demonstrated – prior to injury at the end of November – just how productive he can be given a run in the side and having a player of his quality in the squad will only benefit not only the first XI on a match day but ensure others don’t get complacent in the jerseys.

Moi is obviously a talented player, Southampton wouldn’t have paid £16million for him if he wasn’t, so by bringing him back, Lennon has guaranteed that the strength and depth of his forward line remains – as Bruce righty says, “good business by Lennon”.