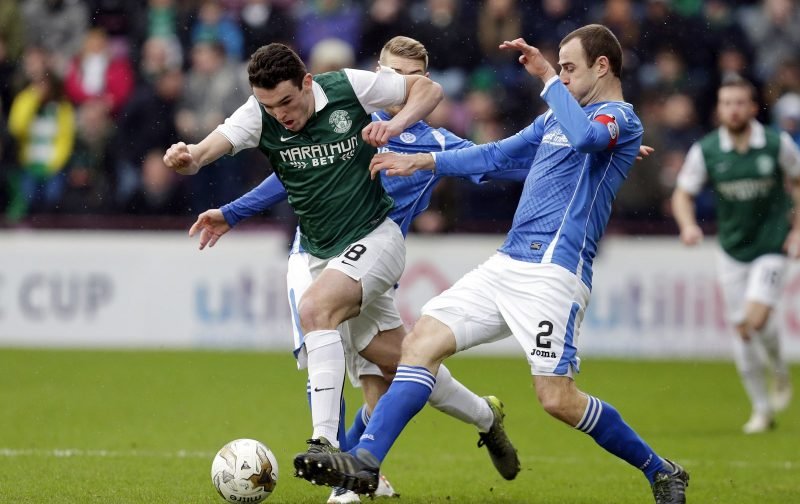 Celtic will not be returning to Hibernian with a new bid for midfielder John McGinn as it stands, with the club refusing to increase their latest £2m plus add-ons offer.

That’s according to The Daily Record, who say that the Hoops are walking away from the deal due to a lack of competition for his signature from England.

Unless that changes, don’t expect to see McGinn in a Celtic shirt this summer.

The paper say that Celtic’s package for the midfielder included the initial fee plus attractive add-ons based on appearances, future sales and UEFA Champions League qualification.

Given he has less than a year left on his contract and the Hoops can begin negotiations directly with the player in just a few months time, drawing the line in the sand with that offer appears to make sense from our perspective, as much as Hibs fans will curse us for what they perceive is a lowball offer.

McGinn certainly has potential, but there is little point in paying over the odds when there is zero competition from elsewhere for his signature.

The risk of course is that a team comes in from down south and meets Hibs’ valuation, but if there’s word of that then surely we would return and the player would come to Glasgow, given his probable desire to pull on our version of the green and white.

What do you make of the John McGinn transfer stalemate? Let us know in the comments below…