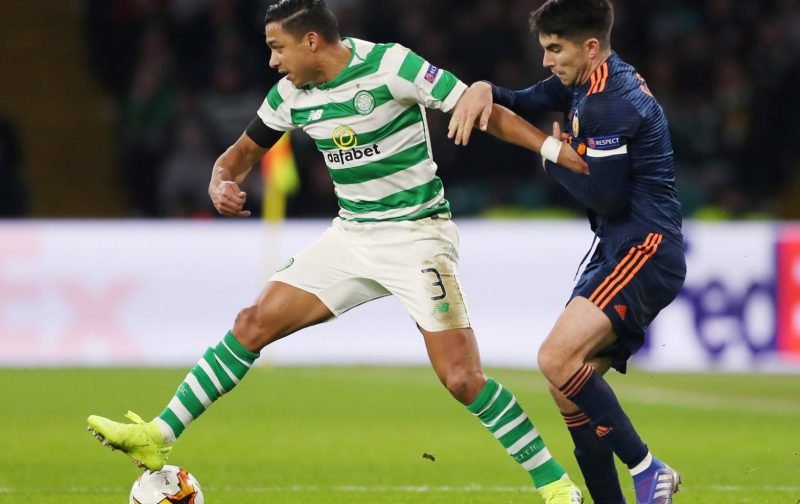 Celtic defender Emilio Izaguirre claims the Hoops have offered him a new contract ahead of the 2019/20 season, as reported by The Scottish Sun.

Re-signed by the club last August on a one-season deal from Saudi club Al-Feiha, Izaguirre has provided much-needed back-up for Kieran Tierney throughout a campaign that has seen the Scotland international struggle with consistent fitness and injury problems.

It’s been a role valued enough by the club to try and get him to stick around for our nine-in-a-row push, but the defender has yet to decide on his future.

As quoted by The Scottish Sun, the Honduran international said:

Celtic have offered me another one-year deal on my contract. I don’t know what I am going to do yet. I am discussing it with my family.

Neil Lennon has spoken to me and he wants me to remain at Celtic. But I want to be closer to Honduras when I play with the national team.

I hope something comes up in the MLS for me. That’s the wish of me and my wife.

So my future is difficult to predict. My agent is dealing with it at the moment and when I return to Honduras in the summer, I will decide.

There’s no doubt that Izaguirre has proven to be a loyal and popular performer throughout his career at Celtic Park, but the fact that decision makers at the club still see him as the best back-up option to Tierney is rather worrying.

His game has regressed badly over the last couple of seasons and one of the reasons Tierney has played so much football, and exacerbated injury problems as a result, is because Rodgers did not consider Izaguirre good enough to fill in when needed.

The Hoops need to enter the transfer market for a player capable of competing with the 21-year-old and allow him to be rested more. It’s absolutely critical to Tierney’s further development and to our future trophy ambitions.

If Izaguirre leaves he will go with the best wishes of every Celtic fans, but supporters are craving a higher quality of defender and the club need to deliver.

Would you give Emilio Izaguirre a new Celtic contract? Have your say in the comments below…