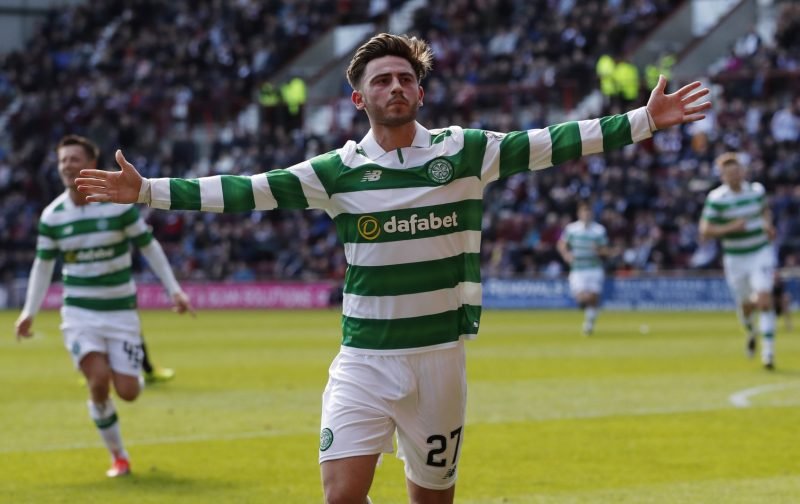 Celtic fans are again harbouring hope of signing Patrick Roberts, despite the player appearing to say his farewells at the end of last season.

Despite returning to Manchester City again, the player has refused to rule out a return to Glasgow in new comments in the media this week, sparking the Hoops support into a Roberts frenzy.

With the English Premier League transfer window closing in just over a week’s time, time is running out if the player is to win a move to another top-flight side in his homeland, potentially giving Celtic the opportunity to try and sign him later this month.

You’d think that after two-and-a-half seasons on loan, any move to the Scottish champions would have to be permanent this time around.

Paddy Roberts and a CB @CelticFC not asking for much cmon on play the game!

10th August is when we should start negotiations with Paddy Roberts. Bring him home.

Ffs I had deleted all my pictures of Patrick Roberts and got over he wasn't coming back…..then he goes and throws out a comment that he might just and I'm back to square one..#ComeHomePaddy

If Patrick Roberts doesn't sign for an English club within the next 10 days he will end up back at Celtic… It's that simple.

If there was any possibility of signing Roberts then it is a no brainer. A fit Roberts would be the best player at the club.

Do you think Patrick Roberts will return to Celtic this summer? Have your say in our poll below…