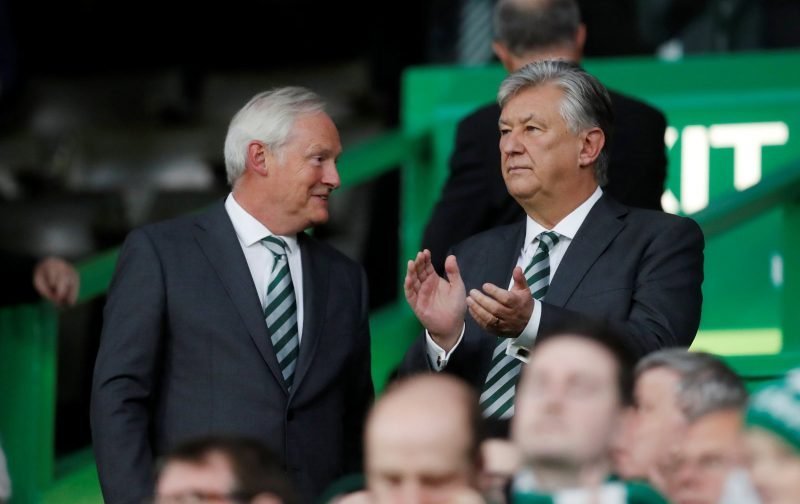 Just when you think football cannot get anymore crazy than it has over the last few days, an alleged arson attack on Celtic Chief Executive Peter Lawwell’s home took place in the early hours of the morning in what has been described as a ‘petrol bomb’ attack.

A spokeswoman for Celtic said, “We can confirm that significant damage has been caused to Peter Lawwell’s house and vehicles there, following an explosion and fire early this morning, forcing the family to leave the property.”

“Clearly, Peter’s family are extremely shaken and shocked by these terrible events, but thankfully all are safe.”

Although no one was injured, the family are said to be ‘shaken’ at the attack.

As twitter reacted to the news, the feeling over overwhelming condemnation has been levied amongst Celtic fans and pundits and former Hoops striker Chris Sutton took to twitter to show his disgust when he tweeted, “The attack on Peter Lawwells home last night was cowardly and despicable. What the hell is wrong with some people”.

The attack on Peter Lawwells home last night was cowardly and despicable. What the hell is wrong with some people.

Many Celtic fans backed up Sutton on twitter with messages of support for the Lawwell family and posted their own tweets of condemnation:

This country is going down a very dark road at the moment.
These people need locked up & the key thrown away!

Totally disgusting and evil…that’s the sort of person who would do that. Hope they are caught and locked up!

I hope they are caught and get the longest possible jail term just lucky no1 was hurt of killed no excuse for that. As much as wr love it Football is only a game at the end of the day and has no comparison to a human life/lives

Calls of the culprits being caught and given the maximum amount of jail time possible are also echo’d here at Vital Celtic and there is not place for these kinds of disgusting, amoral and gutless actions.

What happened is tantamount to attempted murder and should the culprits be apprehended. the full force of the law should be thrown at them.