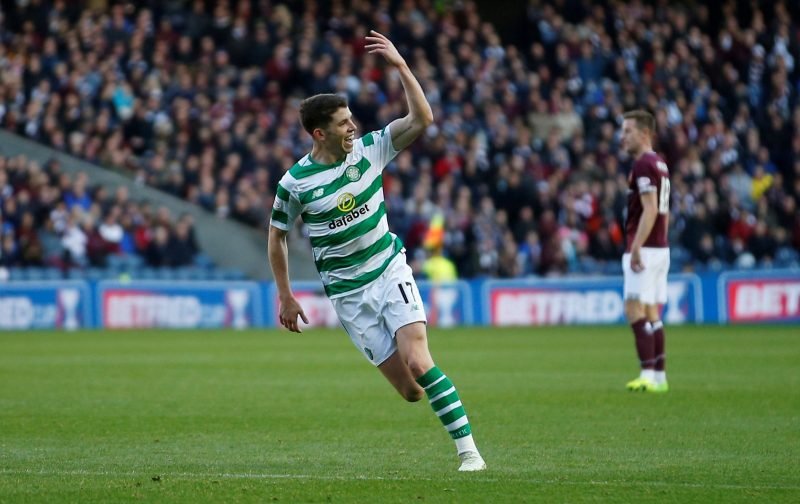 Celtic fans are eager for the club to sign attacking midfielder Ryan Christie up to a new contract after his emergence into Brendan Rodgers’ first team over the last couple of weeks.

Having spent the 18 months prior to this on loan at Aberdeen, there were question marks about Christie’s ability to make the step up into Rodgers’ plans, despite impressive massively while at Pittodrie.

It’s taken a few months into this season, but he finally looks like he could make the grade at Celtic Park after a burst of form over the last week that has revitalised the Hoops midfield.

He’s scored three times in three appearances, destroying Hearts in two matches and putting Dundee to the sword in the other.

The only problem is his current deal runs out at the end of the season and he will soon be free to talk to clubs willing to invest in his long-term future.

Manager Brendan Rodgers stated his desire to see him win a new contract but talks are still ongoing between the club and his representatives.

Fans are clearly hoping he signs up, with a massive 98% of respondents to a poll we published this weekend believing he’s done enough to earn a new contract.