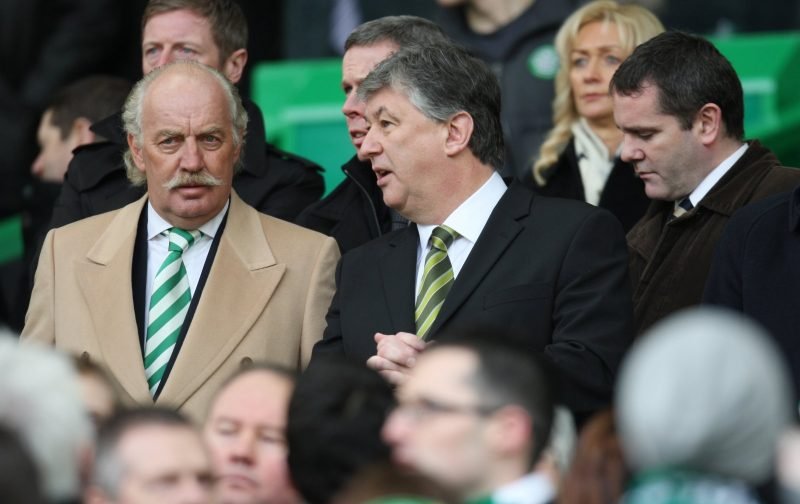 Every journalist in the land knows of Celtic’s majority shareholder Dermot Desmond’s serious dislike of their profession. He rarely holds press conferences of any sort as the reclusive billionaire keeps his council to those that really matter.

Unfortunately, The Business Post’s Barry J Whyte, found this out to his disdain as when he tried to coax information out of Desmond regarding Celtic and the plan to take them forward after the season of disaster, the mega rich owner turned the tables, “He stopped me short, saying: “Okay, I’ll ask you a question to see whether you’re qualified to ask me questions.”

“His first was: how many trophies have Celtic won in the last 20 years?

“I knew there were 16 league titles, but I had to concede that off the top of my head I couldn’t say how many other cups they might have won. (It’s 37 if you include the Scottish Cup and Scottish League Cup, incidentally.)

“I also fluffed the question of when Peter Lawwell first became chief executive and, by this stage, it was clear that Desmond had enough information to come to his own conclusions.

“You’ve failed the test,” he said. “You have to know enough about Celtic to talk to me about Celtic. I’m not a great fan of journalists, as you well know.”

Makes cringeworthy reading and you would have at least expected a journalist of Whyte’s experience to not make the rookie mistake of ,one, going off topic to question Desmond and two, not be prepared or have at least the required basic knowledge on the man’s history with the club.