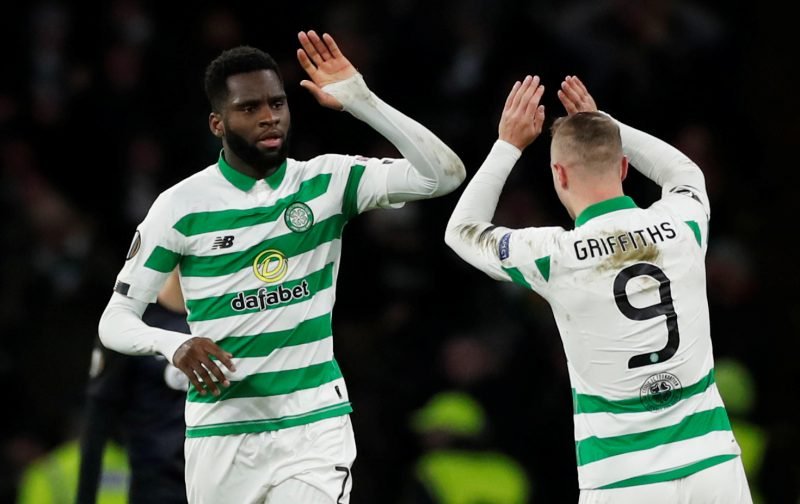 Odsonne Edouard will look after himself if he decides to sign a new deal at Celtic with interest from England’s top flight growing.

Former Premier League striker, Noel Whelan, believes that the Frenchman will only put pen to paper on a new contract if it has a release clause inserted into it to protect his future, in an interview with Football Insider.

When asked about the latest news regarding Edouard’s contract talks with the Hoops, he said:

“I very much believe there would be a release clause if he did sign.

“Edoaurd and his agents will have an idea of what he is worth and they will not leave themselves out.

“Strikers that can score goals are hard to come by. He can score all kinds of goals. He will demand a good fee so if he does sign a new contract it will be in there.

“I am unsure whether if he would put pen to paper until pre-season. Anything can happen between now and then. He does not want to put all of his eggs in one basket.

“If he is going to be playing his football elsewhere, it will be from the start of the season and he will never wear a Celtic shirt again. There is a long time to go between now and the start of next season.”

Celtic have to be seen to be doing as much as they can to hold onto Edouard given his importance to Neil Lennon’s team and their chances of winning an historic tenth successive Premiership title but ultimately the player won’t want to spend his entire career in Glasgow – such is the reality of modern football.

Edouard will want to move to the Premier League sooner rather than later and with the European Championships being delayed a year, moving to England this summer would give him an infinitely better chance of making the France squad than if he stayed in Scotland given the embarrassment of riches they have up front.

He has two years left to run on his current deal but if he signs a new deal – with a release clause – both parties could be catered for, the board will look good if they persuade him to recommit but the player won’t be as restricted and dependant on the club to accept an offer – if anything, it would put him in a better position than he is just now.

Lennon’s main focus when the transfer window opens will be retaining the likes of Edouard, key players who he knows have what it takes to deliver when the chips are down, having to replace his talismanic striker would be a headache he could well do without.