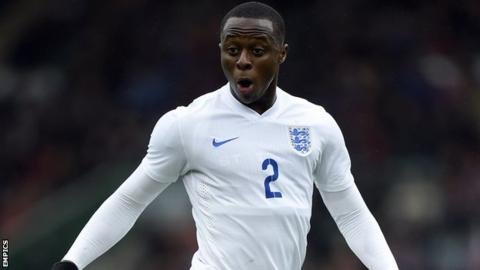 According to The Daily Record, 24-year-old Moses Odubajo has linked up with the Celtic training camp in Austria for face-to-face discussions with Brendan Rogers.

Odubajo current contract with English Championship side, Hull City, is set to expire at the end of the month opening the door for clubs to pick up his services on a free transfer.

Acquiring a player who Transfermarkt.co.uk value at £2.25 million in a Bosman transfer would be a good bit of business for the Glasgow club.

The versatile player – who can be employed either as a right back or right midfielder – helped Hull to gain promotion to the Premier League in 2016, but has not played since and is not expected to sign a contract extension with the English side.

That opens the door for the former England Under-20 international to link up with the Scottish champions.

No doubt Brendan Rogers’ reputation of developing young players will have been a factor in Odubajo linking up with the Glasgow club.

After making a string of eye-catching performances for Leyton Orient and then Brentford, the player was touted to have a big future in the game by none other than Mark Warburton, the former Rangers manager.

Warburton, who managed Odubajo during his spell at Brentford, heaped praise on the youngster.

“He’s got the attributes and that sheer raw pace. I’ve got no doubts that Mo will play at the highest level.”

Soon after, Hull shelled out £3.5 million for Odubajo. Initially the youngster was an important player for the club, making 53 appearances for a Hull side that won promotion via the 2015/16 playoffs.

Unfortunately Odubajo suffered a serious knee ligament injury in the Playoff final and has battled for match fitness ever since.

A recurring knee fracture curtailed first team opportunities for the young player who is reportedly eager to kick-start his career.

Celtic Park could be just the place.