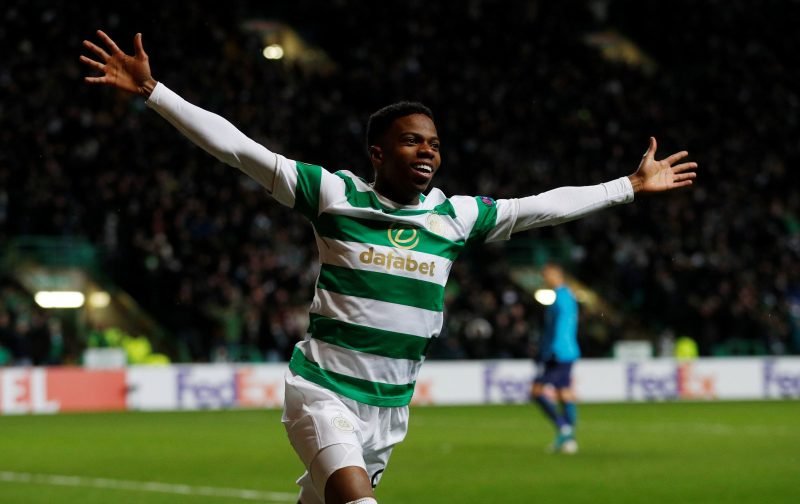 Everything about January’s Charly Musonda loan deal from Chelsea pointed to it being another success on the temporary market for Celtic.

He was highly rated by Blues supporters, he’d been training with the Stamford Bridge club’s talented first team, received glowing praise from Brendan Rodgers and had also been exposed to first team football at La Liga level with Real Betis.

All of that couple with the stability of an 18-month deal seemed to suggest that the Hoops could have another transfer in the vein of Patrick Roberts on their hand.

Optimism rolled into February too after he created a goal against FC Zenit in the knock-out stages of the UEFA Europa League. His quick feet, pace and vision were all on show in front of a sold out Celtic Park as he looped the ball to a deadly Callum McGregor. This kid looked like he was going to be magic.

Unfortunately it wasn’t to be. After being unable to force his way into Rodgers’ first team plans, he’s returned to London having made just three starts for the Hoops.

Now his entourage have been blamed for allowing his career to stall at Chelsea by Ajax’s Belgium scout Urbain Haesaert.

It is because of the entourage that chose fast money and enjoyed the praise of Jan Boskamp. He missed part of his training, it’d been better if he stayed at Anderlecht. Musonda has a formidable basic technique, but only used it for himself.

My advice is still: first try two years with success in the first team of Anderlecht or Ajax to play.

If you play for two years in the firsts of Ajax or Anderlecht, you will not get poor, you will get what you have apparently left behind. Then, after, you can get a good transfer at the right time to the right club.

Interesting comments considering how baldy he flopped at Celtic. Has his attitude and application been damaged by a move to a big club like Chelsea at such a young age?

Still just 21 years of age, he has plenty of time to turn his career around, but he’s unlikely to be afforded many more perfect opportunities like the one handed to him by Celtic and Brendan Rodgers.

Hoops supporters can only hope their next loan deal works out better for all involved.