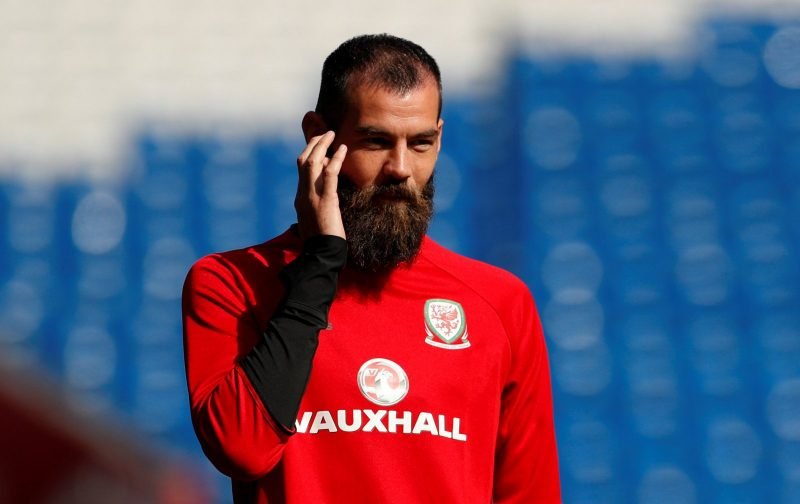 Speaking to Open Goal, as transcribed by the Scottish Sun, Joe Ledley has revealed all about his Celtic exit as the midfielder left the club a few years ago now.

The Derby County midfielder has had a stellar career at both domestic and international level and certainly played for our club with distinction.

One of the best Welsh players we’ve ever had for the club, he is welcome back any time and these comments certainly will go down well with our fans.

Here is what he had to say:

“I didn’t want to go at all. I had Fraser Forster come over, I had people ringing me. I had to jump on a plane as well – I had to get on a BA flight to London.

“I had five hours to decide. And they [Crystal Palace] were bottom of the league at the time. I was thinking, the last thing I want to do is go there, play ten games in the Premier League and they play in the Championship with Palace if we go down.

“So, obviously, I’ve got all of my stuff just in case. And while I am getting my stuff I started getting emotional. I was like, I don’t want to leave.”

He did, of course, join Crystal Palace in the end but it is clear that perhaps he wanted to stay with Celtic and at least see the season out.

Sometimes you cannot always control something like this, though, but it’s testament to his character in the way he clearly conducted himself.