Former Celt reveals how he really felt about Brendan Rodgers 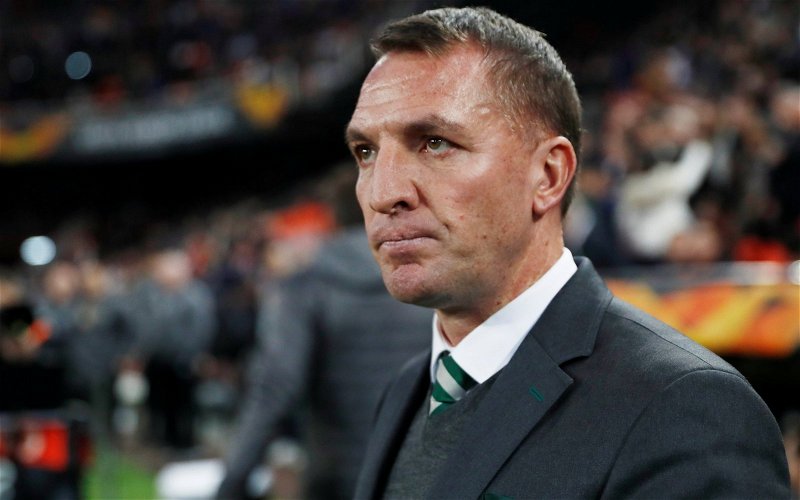 Brendan Rodgers is a marmite name amongst the Celtic support.

You either love him, or hate him.

After walking out on Celtic to take on the Leicester City job, Rodgers split the Hoops fans opinions on him and it did seem like his legacy was in tatters but it appears, that over time, the mark the  former Celtic manager left on out club will be remembered fondly by the majority of the supporters.

He certainly is remembered that way by former Celtic defender Kristoffer Ajer.

The big Norwegian has revealed how the controversial manager had a huge bearing on his career when he came in as the boss.

Speaking in The Herald, Ajer said, “When I came to Celtic, I did a sprint test and did well. Brendan Rodgers wanted defenders who were comfortable on the ball, so that’s why the change happened.

“I grew up playing in midfield – I thought it would help with my development – but I always knew I’d eventually become a centre-half.

“Perhaps the transition happened a little quicker than I thought, but it was fantastic.

“Brendan has been so influential on my whole career. He was very clear on what I needed to do and the areas I needed to develop.”

Rodgers certainly had his moments with other players at the club during his stint as manager that proved not so popular, namely Boyata and Dembele, but it does seem that Ajer will be forever grateful to the Northern Irishman for the influence he had on his career.

Up Next: Ange begins defence of title with first new signing of the summer