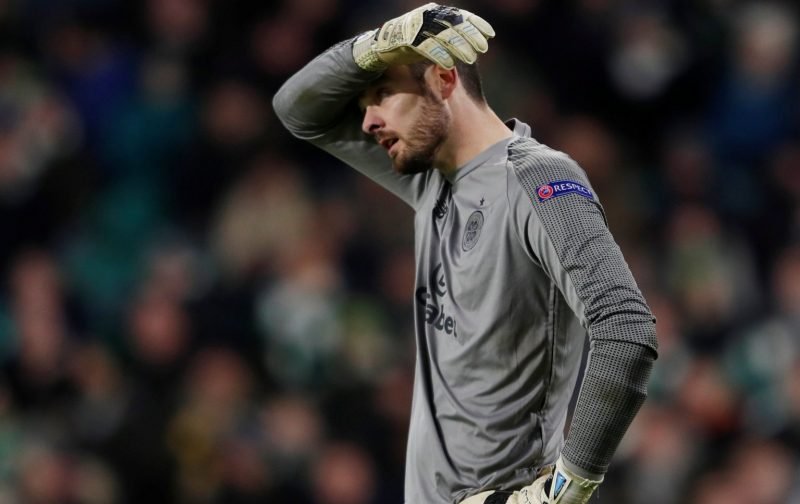 Departed Celtic keeper, Craig Gordon, has fired a thinly veiled parting shot after claiming that the lure of 10-in-a-row was not enough to keep him at Parkhead, as reported by The Scottish Sun.

Gordon has returned to his boyhood club Hearts on a two-year deal and the prospect of playing first-team football was the biggest factor in deciding where his future lay, regardless of the opportunity to make history with the Hoops:

“The main thing was that I needed to be back playing.

“From last season, Celtic again very successful winning their ninth title in a row, but I didn’t play a single league game.

“So to stick around for the opportunity to try get 10, it wasn’t something that was going to be for me, because I wasn’t going to be the first-choice goalkeeper there.

“It was going to be difficult for me to force myself back in there so for me it was the right time to move on.”

Players who are injured and don’t play a part in title winning campaigns often talk about not feeling like a part of the squad and it appears that Gordon feels in a similar way having lost his number one slot, first of all to Scott Bain then to Fraser Forster.

Prior to his injury which gave Bain his opportunity, Gordon was the Scotland keeper as well and will feel that if he can get a consistent run of games that he has every chance of getting his place back – although he will have to hope that Hearts can somehow manage to evade the relegation to the Championship that the coronavirus pandemic has condemned them to.