‘Get him to Celtic ASAP’, ‘I’d take him’ – Many Celtic fans keen on appointment of 60-year-old 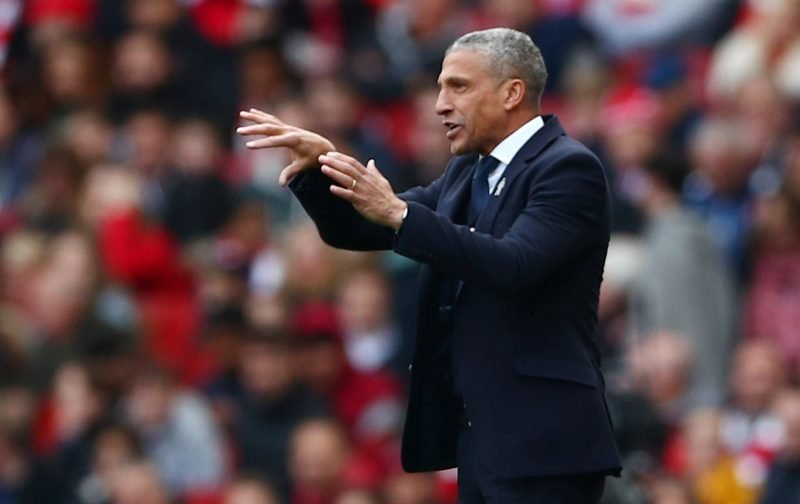 Celtic fans are keen on appointing former Brighton & Hove Albion boss Chris Hughton after he was sacked by the English Premier League club this week.

Hughton is widely considered to have done an excellent job at the top-flight side after guiding them to promotion from the Championship and helping them survive in the division for two seasons.

The 60-year-old will likely have plenty of options south of the border over the coming months, but could Celtic come calling too?

As reported by The Scottish Sun, odds have been slashed on his appointment at Celtic Park as Neil Lennon’s successor, who admittedly remains favourite.

His style of football may be a bit pragmatic compared to the Hoops’ usual attacking flair, but he organises teams well and always seems popular with players and supporters wherever he goes.

Plenty of Hoops fans certainly seem happy for him to come to Glasgow, taking to Twitter to share their thoughts over the last 24 hours…

I'd take Chris Hughton at Celtic.

Got Brighton up and kept them in the Premier League for two seasons, managed ridiculous situations at Newcastle whilst still getting the team to perform.

He'll no doubt have plenty of offers in England.

Get on the phone to Chris Hughton @CelticFC ! Brighton are crazy, he is an excellent coach.

Thoughts on Chris Hughton? Feels like a sweet spot between achievable and positive.

I would take him over most of the front runners mentioned so far, such as Moyes.

If we can do better, great, but I wouldn't say no if it means getting someone in early and confidently.

Somebody get Chris Hughton to Celtic ASAP

Chris Hughton as a @CelticFC manager, I'd say yes.

Would you be happy with a move for Chris Hughton? Have your say in the comments below…