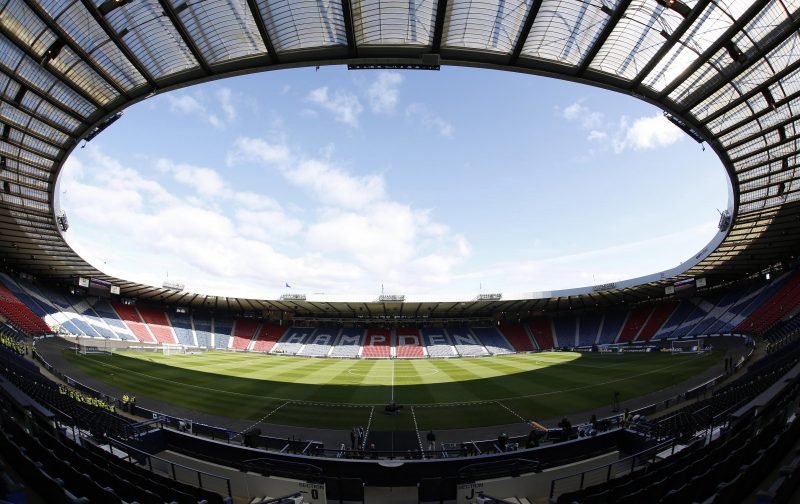 A Glasgow City Council listing shows Celtic may be planning an open top bus procession from Hampden on May 25th.

The authority has an online list of all planned future processions for the month of May on their website.

Under 25th May there’s one organised by Celtic FC, leaving Hampden at 18:30, the kind of timing that would suggest a parade is being planned if we manage to beat Hearts in the upcoming Scottish Cup Final. 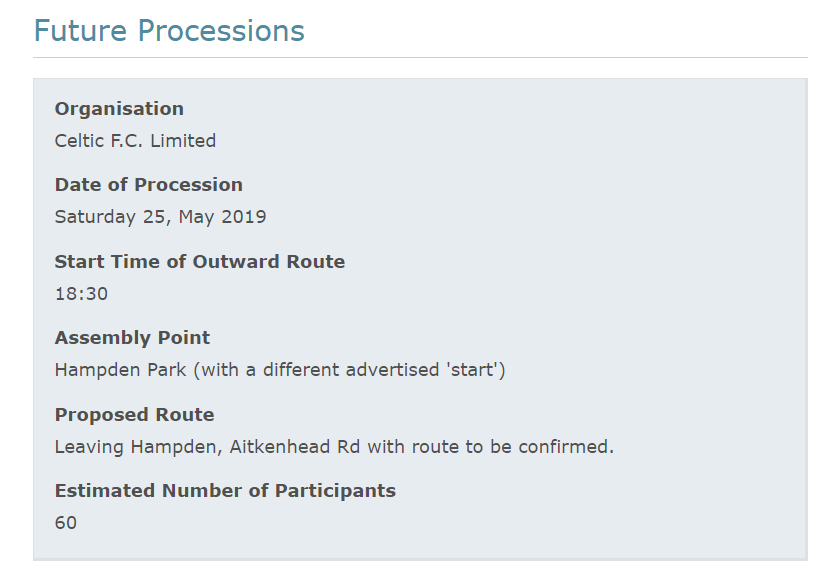 As we know potential ‘treble treble’ celebrations have been hampered at Celtic Park due to the rugby Pro 14 Final taking place at the stadium on the same day.

The procession plan may come across has hasty and presumptive, but Hearts are likely planning how to celebrate in Edinburgh too, with these kind of things having to be organised by clubs and signed off on well before big final matches actually take place.

There’s obviously a long way to go before we see these kind of unprecedented celebrations, not least the challenge Craig Levein’s outfit present, but hopefully Neil Lennon’s side can get the job done and spark party scenes on the streets of Glasgow.